A post-pandemic world: it is time to embrace the impossibility of “normalcy” 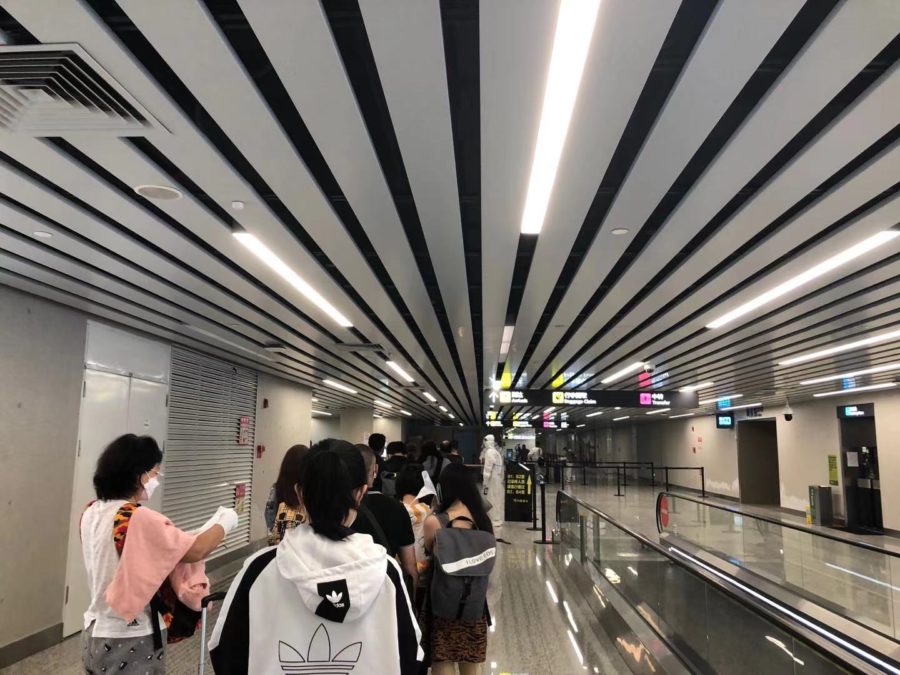 More than one year after the coronavirus outbreak, I found myself standing in front of the gate of my parent’s university, unable to enter the campus that now continues the policy of strictly forbidding outsiders on campus. Having waited outside of the gate so many times now, I have stopped asking myself the question: when will the campus allow myself and other non-affiliated people on campus?

Neither do I ask the bigger question: when will life return to the pre-pandemic mode? Because, as I stood outside the gate and saw the familiar and sad scene of friends talking and couples holding hands across the gate, I knew that life might, as much as I hate to admit, never return to the pre-pandemic version that I had long yearned for. Normalcy, a word that I have taken granted for, purports to be more looming than ever as I wandered around the gate, imagining myself stepping onto campus, as if trespassing a line that had long secluded myself from the larger world.

I desired to walk on the campus housing not only my kindergarten and primary school, but also a soccer field, swimming pool, gym, and places that my memories unconsciously turn to; I inevitably and unwillingly faced one reality: to the guards and the security system, I am simply an “alien” to the college—a dangerous stranger who could potentially lead to a surge in COVID-19 cases in the densely populated place—although the chances are so low that I kept holding the vacant hope for a repeal of the policy.

More than one year after higher education institutions unanimously enacted policies to protect their members from infection in China, the physical and metaphorical line that separates their definition of “us” and “them” never disappeared. Despite being an alumna of the primary school and family member of the university staff, according to the policy, I am nothing but a threat.

In fact, such a phenomenon is not unique to China. Around the world, many pandemic policies perpetuate separation and the “bordering” things: from the obvious travel restrictions to the general malaise, disconnection, and fear among humans and nations, the isolation that we have grown used to (but is otherwise deemed abnormal) does not and will not fade away anytime soon.

Under an empty guise and slogan of returning to “normality,” the policies themselves turn reality into a normalized state of “abnormality.” Attempting to contain the coronavirus, the university policies have prolonged disconnection and separation, making it more difficult to ever return to a state of normalcy. Before our road to a so-called “normalcy” an imagined ideal of a post-pandemic world stands the bleak reality that like the university policies that are still in place, and many pandemic norms are going to dictate the paths of our future. But what even is normalcy, and where is the dream going to get us?

Both the word “normality” and “normalcy” refer to a state or fact of being normal, and normal means standard, typical, average, and conforming. A return to normalcy, a term first used by President Warren G. Harding in the 1920 presidential campaign, became a powerful slogan that illuminated hope for a return to the world before WWII and the Spanish influenza pandemic. Now, in the face of another pandemic, the phrase again appeared frequently in public discourse, serving as some sort of soothing safe word that seems to cast a comforting spell on people’s disoriented minds that desire stability.

However, even before I question the mere possibility of normalcy, I wonder if we really want to return to normalcy. Returning to the past implies not only a sense of toxic nostalgia, a distraction from the present, but also the idea that we would be opting for a more ideal and satisfying reality—an irrefutable “state” and even a “fact” of the definition of an optimal society—at least one that outperforms the pandemic world.

Whether political or not, the phrase “to return to normalcy” subtly defines the standardized, typical, and conforming future that we should strive for—but we are in the wrong direction. Even before the pandemic revealed and exacerbated the ever-widening inequality between classes and race, the “ideal past” meant the cruel survival of the fittest, the helplessness of the underprivileged, and a world that rendered minority groups marginalized. The past has never been satisfying enough for us to simply look back and lament, “I wish life could return to a state like that.”

As humans who progress and strive for better societies, we need to be more cautious and ambitious: if we could use the momentum and lessons that we have gained from the pandemic to construct a future that proves to be capable of providing a sanctuary for more people, why would we be content with ourselves and return to a mythical past without equity or justice?

Instead of painting a picture of the future out of nostalgic dreams, it is time to look for colors of unchangeability in our palette to grasp a more accurate sense of the future of humanity—because the romanticized nostalgia—our imagined version of the past—obscures problems in reality that we need to face and distracts us from the important task of reconstructing normality.

The truth is, the so-called “old normal” may never return, and there is no such thing as the post-pandemic fashion; an easy return to the pre-pandemic workplace does not exist; and farewelling the pandemic out of nowhere is not happening. Even with decreasing cases of infections around the world, the shadow of the pandemic will live, and we will learn to accept it and do what we can to make the most out of it.

The passive waiting for a never-arriving normalcy renders all of us vulnerable to what we fear the most: unpredictability, uncertainty, and disappointment. Fortunately, it is not too late to fix our attention to the present as we envision the future. Even as an all-time optimist, I urge us to stop gazing at the distant past and repeating the phrase “post-pandemic” in our heads just to distract ourselves from the disappointing present.

In the end, despite the uncertainty and unknown future ahead of us, we still have the power to determine our definition of “normal.” With a non-returning past, we will look forward and establish a new “normal” that embraces diversity, equity, and justice as we recover from isolation.