Why Andrew Cuomo needs to go 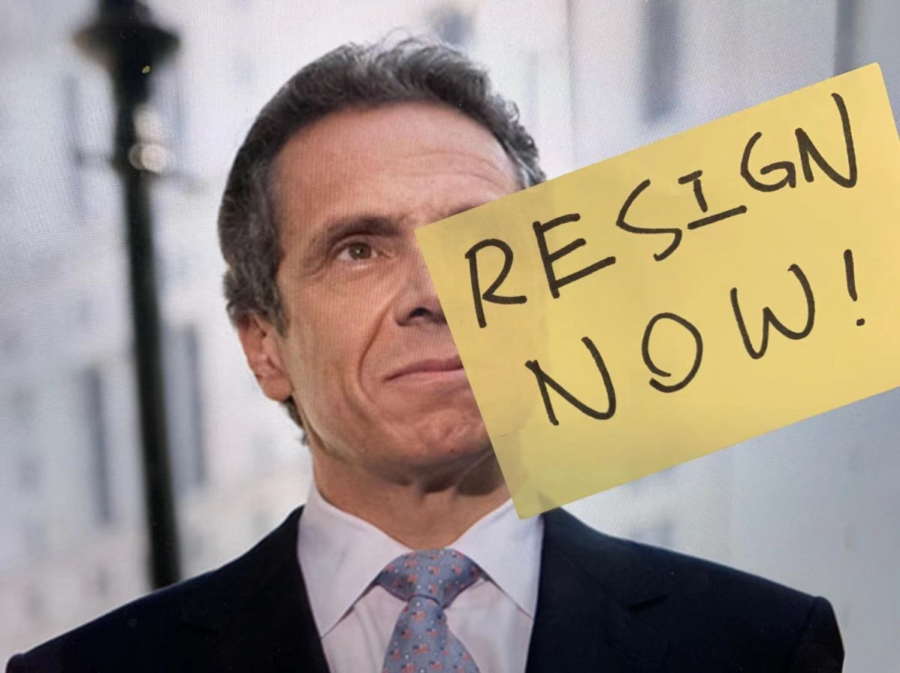 Following the unprecedented impeachment trials of former president Donald Trump, Andrew Cuomo, who is serving his third term as the New York Governor, now faces a similar fate. If there is one reason that Cuomo has to step down, it is his dangerously deceptive hypocrisy.

In recent weeks, seven women have raised allegations of sexual harassment and misconduct against Cuomo, including suggestive conversations, unwanted sexual advances, unsolicited kisses, and groping. The credibility of the allegations is well-established due to their high consistency and substantial details. In fact, Rep. Alexandria Ocasio-Cortez and Rep. Jamaal Bowman have made a joint statement backing the allegations.

In response, Cuomo has vigorously rejected the allegations with a simple “I did not do what has been alleged, period,” and portrays himself as yet another ill-fated victim of “cancel culture” and political maneuvers. Interestingly, while Cuomo appears to be standing his ground and denying all accusations of sexual harassment today, he adopted a much more apologetic tone in an earlier statement — perhaps an indication of guilty conscience?

“I now understand that my interactions may have been insensitive or too personal, and that some of my comments, given my position, made others feel in ways I never intended,” Cuomo said. “I acknowledge some of the things I have said have been misinterpreted as an unwanted flirtation. To the extent anyone felt that way, I am truly sorry about that.”

In addition to first admitting then denying the allegations, the Cuomo administration attempted to undermine his accusers’ credibility and intimidate his accusers from speaking out.

The sex scandals only constitute one small fragment of Cuomo’s long history of hypocrisy. Before the recent surfacing of accusations, most people know Cuomo as the hero that courageously saved New York from the COVID-19 pandemic and “super-spreader” Trump.

What most people fail to see, or choose not to see, is his inconsistency even when dealing with the pandemic. A report released by New York’s attorney general found that the Cuomo administration has lied about the scope of the coronavirus through deliberately undercounting nursing home deaths, which turns out to be 50% higher than originally claimed. It is difficult to trust Cuomo, who covered up thousands of deaths to glorify his work and avoid state misconduct investigations, to be a force of good.

In a shockingly Trumpian fashion, Cuomo has repeatedly ignored and scorned the expertise of health officials when setting pandemic policies, which led to the departures of nine top New York health officials. Cuomo has gained much of his popularity through presenting himself to the public as the voice of rationality in comparison to Trump. However, his actions indicate otherwise.

And then there is Chris Cuomo, CNN anchor and brother of Andrew Cuomo. Hypocrisy appears to run in the family, as Chris declared on show that he “obviously” cannot cover the stories about his brother, referring to the allegations of sexual harassment and nursing home cover-up. Ironically, just a year ago, the two Cuomos sat together on TV in Cuomo Prime Time, praising Andrew for his good work and winning the International Emmy Founders Award.

Chris Cuomo’s selective coverage undermines journalistic integrity and provides a dangerously misleading platform for Andrew Cuomo. Through Chris, Andrew has the opportunity to directly manipulate his viewers, who are also his potential voters. That is not democracy.

While investigations are still underway, meaning that the sexual and nursing home scandals are not yet proven, the hypocrisy we have seen throughout Cuomo’s words and actions is alarming, perhaps even more so than the actual allegations. Cuomo must resign.