Wanda Vision ends with a bang 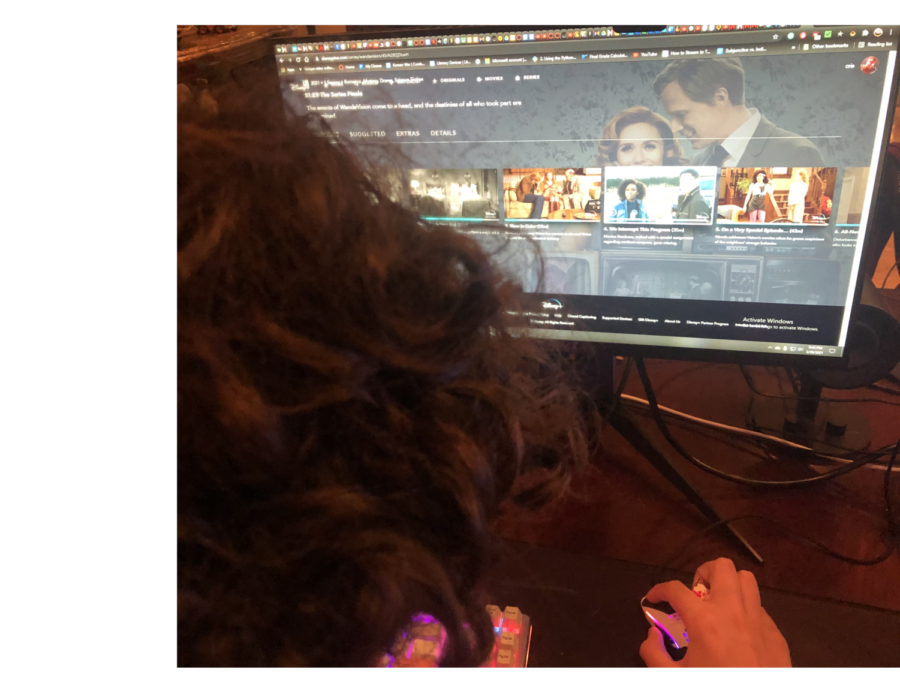 The season finale of Wanda Vision has come and gone, so what happened and what have you missed? Wanda Vision takes place right after the events of infinity war and follows a grieving Wanda Maximoff (scarlet witch) after the death of her partner Vision the sentient AI. A quick heads up, this article is going into the finale and how it connects to the larges Marvel cinematic universe and connections to the comics, major spoilers ahead!

First, Vision is replaced with White-Vision in a complicated paradox known as Theseus’ Ship Paradox. The concept of this paradox is if an old, rotting ship in a museum is constantly refurbished, as the old wood is replaced, you eventually have enough old wood to make the original ship. However, the question is which of the two ships is considered the original: the one that is made of the new wood and perceived as the real ship or the one made of the old wood that is physically the old ship?

This paradox is solved with a discussion from the two Visions. White–Vision becomes the true vision when Red-Vision restores White-Vision’s memories with a touch of his hand which is why the audience does not see Red-Vision in the post credit scenes.

Somehow the return of White-vision’s memories allows for him to function without the mind stone. We have yet to understand how Vision is functioning without his mindstone and his sudden disappearance from Westview.

Now to Agnes, Rick Bohner, and the Twins. Agnes who was one of Wanda’s main villain’s is gone for now; however, she is an ever-present enemy of Wanda and will stay that way, just like her comic counterpart. Wanda defeated her by using the same magic she used to bind her and prevent her from using spells in previous episodes.

The Twins, William and Thomas, are, unfortunately, gone for now, but, like the plot in the comics, may appear again not as true twins but as William Kaplan and Thomas Shepperd reincarnated versions of themselves. They go on to form the young Avengers: a group of heroes’ who are all LGBTQIA+. However, in the comics Mephisto, another Marvel villain, kills the two, and in Wanda Vision there was a scene where Agnes takes them captive, which fans saw as a potential death flag. The disappearance of Vision and the Children may only be temporary as we now know that they are forever bound to Wanda and the Mind stone, meaning that they have the possibility of returning especially because of the post credits scene where she hears them crying for help.

Now, the final scene before the post credits shows Wanda reading a book and drinking a glass of tea, which is a striking resemblance to the scene in Dr Strange where Strange is sleeping while using his astral projection to read. However, Wanda is stronger as she is working simultaneously with her astral projection and physical body while Strange could only handle using one at a time. The book she is reading is known as the Darkhold and should make her more powerful in upcoming Marvel films or shows.

The Darkhold is a book for sorcerers that has prophecies and deadly spells in it. The person that used it in the comics is Mephisto and fans saw the final scene as potentially foreshadowing his arrival into the next films and series to come on Disney+.

Unfortunately, as of now, there most likely will not be a season 2 of Wanda Vision, so fans of the series will need to watch the other movies or shows that Marvel and Disney have coming up to see Wanda, Vision, or the Twins. Their next appearance could be in the upcoming movie, Dr. Strange: Multiverse of Madness and possibly Spiderman: No way Home.

“Overall, I was satisfied with the ending to the story and thought they did a good job wrapping it up, though I was really disappointed by the Ralph Bohner joke,” Joey Silva (‘21) said.

Ralph Bohner’s character got fans hopes up for Fox’s X-men series to finally merge with the MCU as the actor playing Wanda’s brother was the Quicksilver from Fox’s X-men franchise. However, Marvel dashed those hopes with a cheap joke calming the character, Ralph Bohner. Nonetheless, there is still a major question regarding the missing persons case that Jimmy Wo had in episode one being unresolved. The character is known for being a funny character, so could Ralph Boner really be quick silver? Fans are hoping to see this resolved in the upcoming movies and for the long-awaited merging of the two universes.