How to lose a World Series in 10 days 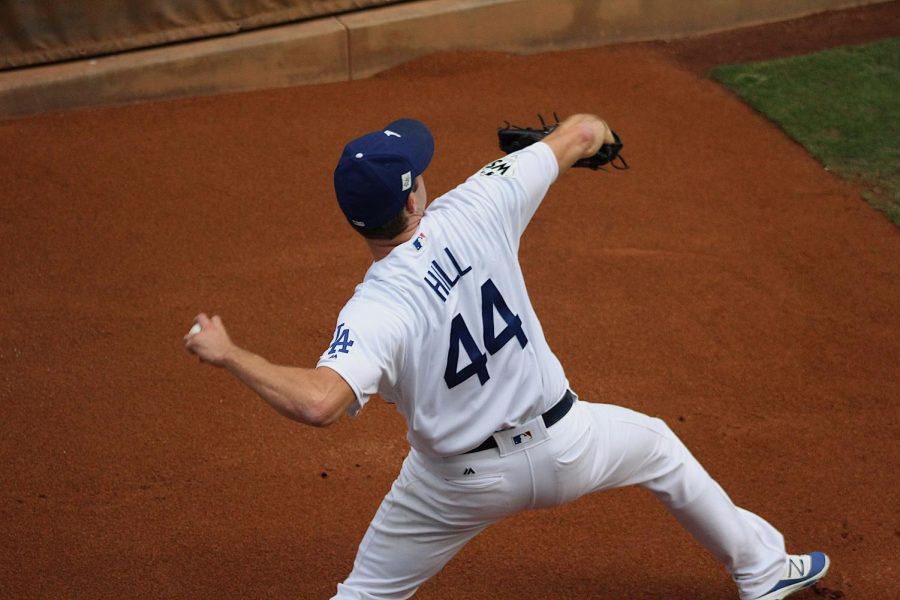 It started in Los Angeles. Fans decked in head-to-toe blue flocked to Chavez Ravine 5 hours before game time waiting for the turnstiles to open. Kendrick Lamar blasted from the Stadium speakers as each team took hacks during batting practice. The energy crescendoed. It was almost game time. The people rose and the National Anthem rang while F-18’s soared overhead. Clayton Kershaw threw a first pitch fastball for a strike and the 2017 World Series commenced. The temperature was 103 degrees.

Game One. Chris Taylor smacked a first pitch home run into the left field pavilion, to give the Dodgers an early lead. Houston responded but the Dodgers’ Justin Turner sealed the deal with a two-run home run in the bottom of the sixth inning. Kershaw handed the ball to the bullpen who completed the game in two hours and 28 minutes, the second shortest World Series game ever recorded. The Dodgers lead the series 1-0.

Houston took games two and three. The Dodgers rallied back to take game four. The Astros responded for game five.

The Series returned to Los Angeles for game six and the Dodgers’ backs were against the wall. Chavez Ravine shook from the shouts and hollers from the fans decked out in blue. LA wasn’t going down easy.

George Springer smacked a home run in to the left field pavilion off of Rich Hill to get the Astros board. Dodger Stadium silenced. The fear of elimination was eminent. An hour and a half of elimination baseball passed before Chris Taylor and Corey Seager collaborated to give the Dodgers a 2-1 lead. One inning later veteran, Andre Ethier made his 50th postseason appearance and knocked in a run with an RBI double.

The parking lot was flooded by a sea of blue and songs of victory after game six. The Dodgers escaped elimination and were set to play the last possible game of the season. Dodger Stadium would be hosting its first game seven within 24-hours.

November 1st. The first game ever held at Dodger Stadium on a November night. This is the day Dodger fans across the Nation were waiting for for 29 years. The trophy was in the building and the Dodgers were on the field.

Six hits, ten runners left on base. The Dodgers failed to produce a run until the sixth inning when Andre Ethier would hit in the last RBI of his Dodger career and the last run of the Dodger’s 2017 season. The Dodgers couldn’t produce and the season died.

The 2017 World Series favorites failed Los Angeles for the 29th consecutive year. The Dodgers rode on high for the entire regular season, taking fans through a rollercoaster World Series yet, they deteriorated at the worst possible time. It’s almost as the ceiling that the Astros had begged to keep shut caved in on the Dodgers historic season. It was over. The 2017 Dodgers season was dead and the Houston Astros were World Series Champions for the first time in franchise history.