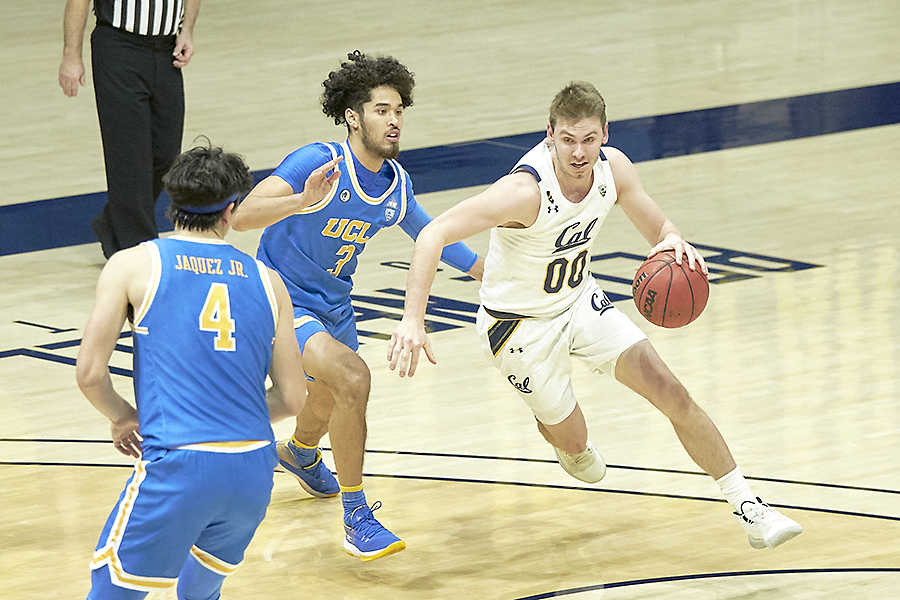 It has been 26 years since the UCLA Bruins Men’s Basketball team last celebrated a NCAA national championship. The last time the Bruins won a championship under legendary head coach John Wooden was 46 years ago, which marked an end to their period of dominance in college basketball when they won 10 championships in a span of 12 years.

Today, the state of UCLA basketball is not quite the same as banners hanging from the rafters of the Pauley Pavillion, reminding Bruin fans that the program’s glory days are long gone.

Having made a mere six March Madness appearances and three trips to the ‘Sweet 16’ in the last decade, it seemed like another grim season as the most decorated in history of college basketball headed into the tournament as the 11th seeded team.

“I have not seen UCLA advance past the sweet sixteen up until this past tournament and it means a lot to me that they made it all the way to the Final Four,” said Mikey Chai (‘22), who has been a lifelong UCLA fan.

“I mostly credit coach Cronin, because in previous years we had much better talent like Norman Powell, Lonzo Ball, TJ Leaf, and others yet we still couldn’t make it this far,” Mikey said.

After finishing 4th in the PAC-12 with a 22-10 record, the Bruins narrowly earned a spot in the bracket as a first four team (a wildcard team which required an extra play-in to reach the round of 64) to face off against the Michigan State Spartans.

While the team lacked consistency throughout the season, there was a glimmer of hope for many Bruin fans, as they saw sparks of promising basketball under 2nd year head coach Mick Cronin, former coach of the University of Cincinnati.

The Bruins survived the First Four after a nail-biting comeback victory against the Spartans in overtime, erasing a 14–point deficit in the 2nd half along the way, and then went on to defeat number six seeded BYU and number 14 seeded Abilene Christian to reach the sweet sixteen against the number two seeded Alabama Crimson Tide.

After an electrifying first half performance to outscore Alabama by 11 points, the Crimson Tide crawled back into the game in the second half, forcing the game into overtime. With UCLA’s leading scorer Johnny Juzang fouled out of the game, Jaime Jaquez stepped up in overtime with a jumper and a “fade–away” three pointer to lead the Bruins to an 88-78 victory, advancing the Bruins onto the elite eight against the number one seeded team in their region: the University of Michigan.

Having only scored a mere four points in the first 10 minutes against Michigan, it was evident that the Bruins were struggling to get their offensive rhythm flowing, but their disciplined defensive efforts were able to keep MIchigan’s inside threats Hunter Dickinson and Brandon Johns Jr. at bay.

While UCLA lacked the roster depth to compete with the Wolverines (the Michigan bench combined for 15 points while the UCLA bench had zero), they coped with their disadvantage by slowing down the tempo of a game to chew off the clock. The Bruins thrived off of isolation plays by breakout star Johnny Juzang, who went on to score 28 points that night to defeat the Wolverines 51-49 and send the Bruins dancing on into the Final Four.

The UCLA Bruins became just the second team ever to advance from the First Four to the Final Four and made their first Final Four appearance since 2008, when the team was led by now-NBA all–stars Russel Westbrook and Kevin Love.

“It’s definitely a sign that the Bruins will continue to thrive as a basketball program. The fact that UCLA were able to put up a strong fight against other competitive programs was what made March Madness so much more fun to watch,” said WSC basketball player Jackson Malicay (‘21), who will also be attending UCLA this fall.

Whether this Cinderella run is a one-season-fluke or a renaissance of the NCAA men’s basketball powerhouse will be up for debate, but it is certain that Mick Cronin’s arrival in Westwood has given Los Angeles sports fans something to be excited about again.