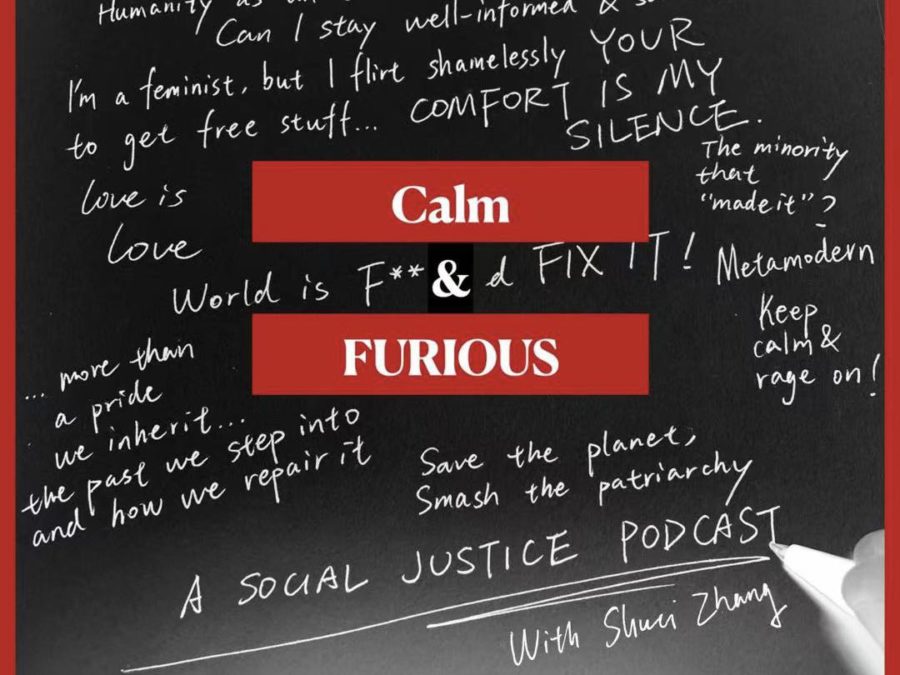 Earlier this month, Shuci Zhang (‘23) published a podcast titled “Calm & Furious,” in which Shuci informs her listeners of the history of feminism and antiracism while tackling some of the stigmas that surround them. With hours of research and eloquent delivery, her first 18-minute podcast about feminism takes big steps towards her goal. She chose the song “Queendom” by AURORA to introduce her topic of feminism, calling the lyrics “the words to the all-encompassing feminist spirit of our time.”

Feminism has often rendered controversial due to misinterpretation of the term. While the actual definition means to pursue equality between all genders, some people angrily view feminism as the suggestion that women are superior to men. Some also see feminism as a way of being aggressive and reckless, with jokes about burning feminine items, although those types of actions were simply from one small group of radical feminists. These stereotypes and negative associations divide and distract people from the real issue at hand: gender equality.

Shuci introduces the four feminist movements and discusses the various issues these groups encountered while protesting. Ironically, as feminists strive for equality between genders, they have consistently disregarded the needs of women of color. As time went on, intersectionality became more appreciated and recognized throughout the movement. By identifying the layers of oppression and talking about issues, we can properly bring women of color and LGBTQ+ women to the forefront of the movement.

The first and second women’s movements were focused on voting, abortion, and birth control rights. Third-wave feminism, or as Shuci calls it, “intersectional reclamation,” began to explore the levels of feminism, advocating for an even broader scale of issues. This movement focused on sexual harassment and assault while redefining the idea of feminism. The fourth movement occurred during the Trump era, the Me-Too movement, which raised awareness for sexual assault and violence.

Shuci plans to explore the nostalgia of the white world and satire pieces in future podcast episodes. She also hopes to create a miniseries about white women being the wrong face of the movement due to privilege, and how to handle misogyny. Shuci additionally aims to open discussions about victimhood in order to reverse the vilification of the term, as this negatively impacts the number of women reporting injustice.

“Calm & Furious” additionally has well-edited background music, with compiled clips from cited TED talks that discuss feminism. She takes time brainstorming and took one night to produce the first episode, although she researched for a week. Shuci helps inform and redefine feminism. “Calm & Furious” is a podcast that deserves a listen.