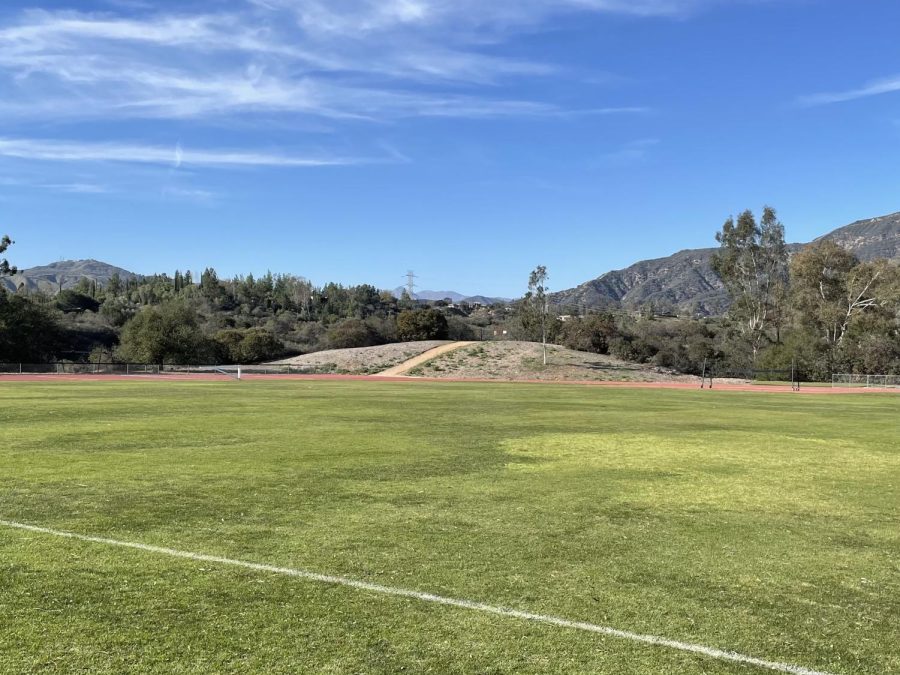 Faculty Field, once bustling with life, now sits empty and alone. Similar to the NFL, Webb faces difficulties in its sporting programs, with major games and practices being at risk of cancellation. “It is heartbreaking to see football, both at Webb and the NFL, be so fatigued,” Leo Levitin-Shilman (‘23) said.

The sheer excitement in the Super Bowl is due to the many risks involved. The audience experiences this excitement and contributes to it. If a team loses, potential money could be lost, embarrassment could plague the franchise for years to come, and valuable players could leave the team entirely. However, there is a certain risk that has only been seen a couple of times in over 100 years of NFL history: the risk of cancellation.

“If I am being honest, I don’t know what will happen with the Super Bowl this year,” Jordan McCray (‘23) said. “There are so many variables. No matter what happens or what is said in the next couple of weeks, there is still a possibility that it will get cancelled.”

This year, the big game may not even be played, due to the Omicron variant. The Super Bowl is in Los Angeles, the county with the highest COVID cases in California.

Not only does this mass event bring in people from around the globe, but there are also parties that occur due to this event. Several people in an enclosed space sharing food could lead to COVID throwing 300 yards. Although this new variant is more contagious, would the NFL risk losing millions of dollars in revenue?

“Too much money would be lost,” Alfonso Alvarez-Seara (‘23) said. “Maybe take extra precautions like limiting seating or showing a negative test or vaccination card, but I think they’re not cancelling it. Too many people would be affected.”

Cancellation would not only affect the players on the competing teams. Managers, owners, employees, stadium faculty, and many more would suffer if the Super Bowl was cancelled. Millions of dollars, hours of hard work, and excitement would all go down the drain. The media could turn against the NFL, and it could snowball into a frenzy. The most the NFL would be willing to do is postpone the game if there were not enough players available.

“I don’t think the Super Bowl is getting cancelled,” Ayan Kaushal (‘24) said. “They already got everything ready and have been preparing for a while. Unless there are not enough players because of the situation, I don’t think they [will] shut it down. Too many cons overpower the pros for shutting down the Super Bowl.”

Meanwhile, at Webb, there is a similar discussion being held. The medical advisory board must be careful with their protocols for sports practices and games. Some sports, like basketball and soccer, still have their normal schedules, but with limits like masking and specific time restrictions. In the past, other sports, like wrestling, have been completely postponed, with practices and games being cancelled (or postponed) due to the Omicron variant. The situation in Webb and the NFL shows that complications and difficulties in hosting sporting events occur both in local competition and in the highest possible form of play.

This optimism is shared by the NFL. Event organizers have revealed that the Super Bowl is still scheduled for February 13, 2022, with no signs of cancellation. There will be 100% occupancy, but all attendees will be required to wear face masks. Only time will tell if this is a good idea or not.