Why SAT scores aren’t everything 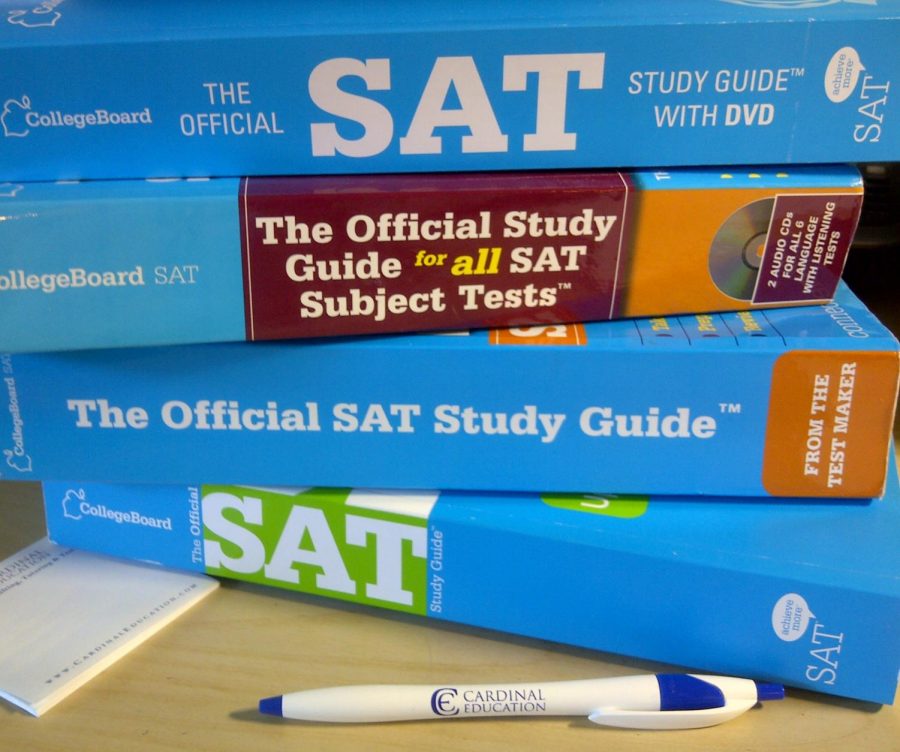 Is the SAT the most important component of one’s high school career?

D. The SAT is an admission test accepted by all U.S. colleges. Therefore, of course it is!

The SAT triggers anxiety for millions of high schoolers around the world. This multiple choice exam measures students’ writing, grammar, critical reading, and mathematics test-taking abilities. The SAT was previously known as the Scholastic Assessment Test, but in 1997, the College Board released a statement clarifying that the SAT no longer has a meaning behind its acronym.

The college prep business has jumped at the growing market for affluent parents who want their children to improve their SAT scores. According to RealClear Education, the SAT prep industry is valued at four billion dollars. Frantic parents who work long hours away from home sign their kids up for expensive programs like Harvard Square, Kranse Institute, and Test Prep Gurus in hopes that their child will be accepted into top-notch universities. While these busy parents are not able to spend much family time at home, they want to make a strong impact on their children’s’ lives by providing them with a strong academic foundation.

SAT prep programs can charge up to one-thousand dollars per hour. They advertise their companies by promising parents that their child will definitely improve their score by X number of points. However, according to a 2009 study from the National Association of College Admissions, the average student who took SAT prep classes was only able to increase their score by a mere thirty points. Why are so many parents willing to pull out their checkbook? Is it because they want the peace of mind that they did everything they could to help their child get into their dream school? Or is it because they want to brag about their child’s perfect 1600 to all of their friends and coworkers?

Many parents want to provide their child with the opportunity to achieve the American dream. They believe the most crucial step is for their child to get accepted into a prestigious university. Parents can get so caught up in the American dream that they miss the most important part of being a parent: watching your child grow up. They can be so focused on providing their child with the best test prep resources needed to do well on the SAT that they ultimately miss out on the most valuable moments of parenthood.

My parents come from the midwest: Iowa and Ohio. While their respective scores would be considered low to average for most Webb students, my parents are financially successful in their careers and live comfortably traveling the world. In the case of my family, there is no correlation between SAT scores and career success.

Growing up in the San Gabriel Valley, from an early age I was surrounded by many first generation Chinese students who aspired to live the American dream. I attended an after-school program in San Marino for two years, and watched as the older students had to endure three hours of extra academic prep per school day. As a young third grader, I remember peeking through the window of the neighboring classroom and wondering why the big kids were always falling asleep on their desks. Now, as one of those “big kids,” I realize that the pressure to achieve such a high score on top of balancing extracurricular commitments and personal life is what pushes high-schoolers to their breaking points.

A few years later, I moved to Manila, Philippines. I attended an IB international school with a much larger student body than what I was used to compared to the smaller, Pasadena private school I had previously attended. In my new school, critical thinking was prioritized over memorization. At first, I did not like this system of learning. However, after a few years, I realized that moving to Manila gave me a much more valuable experience than staying trapped in my Pasadena bubble. I met friends from all over the world, travelled around Asia, immersed myself in new cultures, and be exposed to the harsh realities of a third-world nation.

The summer between seventh and eighth grade, I returned to the San Marino after-school program (which eventually became a summer school) to prepare myself for the Independent School Entrance Exam with the help of a private tutor. I remember drilling vocabulary, taking loads of practice tests, and lugging around a Princeton Review prep book as thick an old-fashioned directory. Despite my strong hatred of the ISEE, the tutoring paid off, and I was satisfied with the score I had achieved.

My mom and dad are not the stereotypical Asian tiger parents; rather, they encourage me to be a normal high school kid. They want me to hang out with my friends, go to breakfast every morning, and get at least eight hours of sleep a night. I believe it is much more important to nurture a well-rounded and compassionate child than to raise a child who endured hundreds of thousands of hours of tutoring to achieve a perfect 1600 on the SAT. Instead of booking session after session of classes, parents should be spending time with their children doing things they enjoy, such as going to the movies, driving to the beach, booking a vacation to Disney World, or decorating Gingerbread houses on Christmas Eve. After all, these are the moments any child will remember the most fondly.