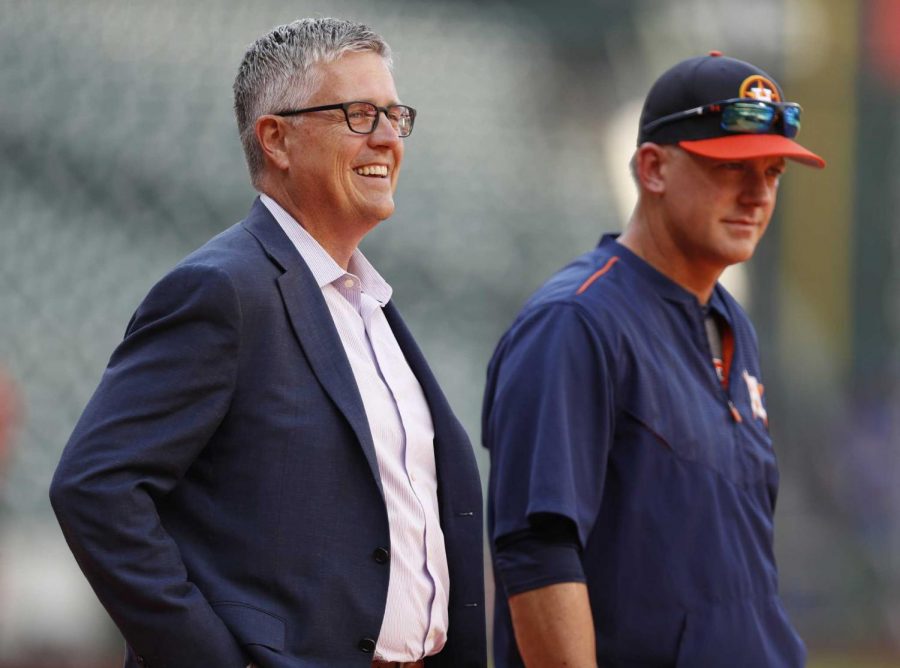 It was 1982, the year a young boy named Jeff Luhnow walked onto the Webb campus. Little did he know that 37 years later he would be a World Series Champion General Manager of the Houston Astros.

Webb is renowned for its expansive list of successful alumni; ranging from senior government officials to television producers to decorated paleontologists. Current Webb students grind until graduation day in hopes of reaching professional success just like their fellow Webbies. It would be easy to imagine Jeff Luhnow held the same anxious emotions as he graduated from Webb in 1984, heading off to Philadelphia for college. While at Webb, he became infatuated with baseball, the Dodgers, and analytics. Luhnow created a sports-centric bond with his English teacher who had season tickets with the Los Angeles Dodgers. Over time, Jeff Luhnow cultivated a favoriting towards the Dodgers, but little did he know his very own Dodgers would be his rival in the biggest moment of his life.

Born in Mexico City, Mexico, Jeff Luhnow played baseball and helped his parents with their publishing business. Luhnow moved to California his junior year to complete his last two years of high school at Webb. From Sunny Southern California, Luhnow landed in Pennsylvania to attend The University of Pennsylvania to pursue a degree in economics. He would take his interest in the professional money world further by earning an M.B.A from Northwestern University.

Jeff Luhnow was hired by the St. Louis Cardinals in 2003 as a front office executive.

Around the office, Luhnow was called “The Accountant” because of his business-esque aura. Many front office executives were business majors in college or former professional baseball players. Luhnow, on the other hand, was a statistical maniac. He took the idea of using sabermetrics, the statistical analysis of baseball players, to create a championship winning team. During his time with the Cardinals, Luhnow acquired many key players for their 2011 World Series team.

He guided St. Louis to the pinnacle of baseball glory, then walked across a hotel hall to join the Astros.

The failing Houston Astros were in need of a fresh general manager and Jeff Luhnow was five feet away at the 2011 Major League Baseball Winter Meetings.

As if it were a match made in heaven, the Houston Astros hired Luhnow as their new general manager in hopes that his Hispanic background would lure international players to Houston. Oh, and his World Series-winning background helped too.

Prior to Jeff Lunhow’s arrival in Houston, the Astros roster did not include names like Jose Altuve, George Springer, Justin Verlander, or  Carlos Correa. All of which would later become household names and World Series Champions.

In 2016 the Houston Astros lost over 100 games, in 2017 they were World Series Champion. Jeff Luhnow rebuilt the Astros from the ground up, solely using sabermetrics.

One year later in true unbounded fashion, Jeff Luhnow brought general manager’s sabermetric dreams to life on a cold autumn night at Dodger Stadium. In the first-ever game played at Dodger Stadium in November, the Astros triumphed over the Dodgers in a 5-1 unforgettable game seven.

Jeff Luhnow did it. One of Webb’s very own had achieved the highest honor in baseball: a World Series Championship title.