Rolling with the Ramblers 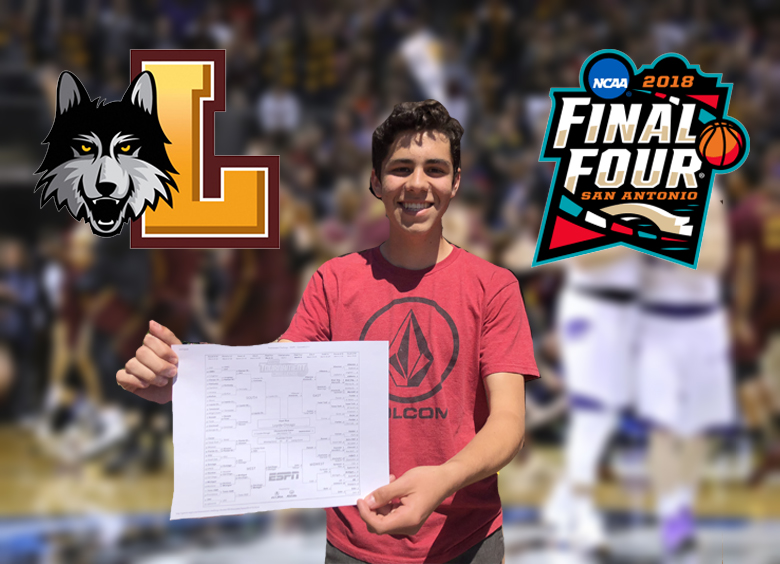 As the Final Four approaches, only 5,532 people (out of a record 11.01 million) selected the Loyola-Chicago Ramblers to advance to the Final Four. The storyline of a small-Jesuit University basketball team, clinching the Missouri Valley Conference title to secure a trip to the Big Dance was seemingly an impossible dream; yet that dream was destined to become a reality that would shock the nation.

But it happened. For the first time since 1985, the Ramblers clinched their division title, securing their tickets to the NCAA Tournament. The words “eleven seed” and “facing six seed Miami” spat from Greg Gumbel’s mouth during the Selection Show on Selection Sunday and Loyola knew of the daunting task ahead. Miami had been dominant during the regular season and the Hurricanes were favored to advance. It was sharpied in brackets around the world, that Loyola-Chicago would be eliminated in the first round, one-and-done.

The Ramblers rolled into Dallas with a chip on their shoulder. Joining the team was their 98-year old Team Chaplain, Sister Jean, who is more than a mere Chaplain. She is considered as an additional coach to the team; she stays busy by delivering pre and post game speeches, analytic reports, scouting reports, and of course, spiritual guidance. Sister Jean rose to fame as the Ramblers battled the Miami Hurricanes in the round of 64 of the NCAA Tournament.

With less than ten seconds remaining in the second half, the Ramblers were tied 62-62 with the Hurricanes. Donte Ingram, a Loyola senior and second-team Missouri Valley Conference selection, reached mid court and shot a prayer as the clocked hit0.0. SWISH. In an unbelievable buzzer-beater shot, the Ramblers defeated six seed Miami to advance to the round of 32. The camera panned to Sister Jean gleaming with joy. It seemed as if Loyola-Chicago’s win was achieved with divine intervention. Was Sister Jean the MVP in the Rambler’s success? Were they slated to continue winning?

Illinois’ most successful college team stormed past Tennessee in the Round of 32 with another buzzer beating, game-winning shot. The Ramblers gained more fame and busted more brackets with a win in the Sweet Sixteen against Nevada. As the Ramblers became a must-see team, every game they played became a must-see game. Loyola-Chicago looked unstoppable in the Elite Eight against the Kansas State Wildcats. There seemed to be a unique team dynamic with the Ramblers; there was not one specific star of the game, yet the entire team as a whole was perfectly in sync with one another They had an edge that few could have predicted. The Ramblers were headed to the Final Four and only 5,532 people predicted the Rambler’s success streak. (not even Sister Jean chose her team to advance this far!)

One of the 5,532 is WSC Sophomore, Garrett Revelli (‘20). He selected the Loyola-Chicago Ramblers as the 2018 NCAA Tournament champions in the bracket he entered in The Webb Schools group. Why?

The Ramblers mascot is a wolf, not a rambler…What is a “rambler?” In 1926 when Loyola-Chicago began traveling for sporting events they supposably “rambled” to games, hence the slang name Ramblers. The name stuck and although their mascot is a wolf, they are identified as the Ramblers.

Revelli claims to have not watched much college basketball and had not heard of Loyola-Chicago before entering the bracket challenge. “Now I watch every single one of their games. I guess you can call me a Rambler fan now.”

Revelli currently sits in 14th place on The Webb Schools leaderboard, the only Webb student that selected Loyola-Chicago as the champion.

The eyes of the world will be on the starting five sporting a Loyola-Chicago jersey in San Antonio, Texas. Can the Ramblers continue their historic streak? The Loyola-Chicago Ramblers will face the Michigan Wolverines this Saturday in their first Final Four appearance in 55 years. Garrett Revellii said, “You know I’ll be watching.” 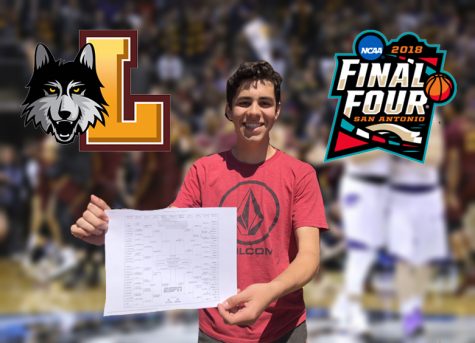