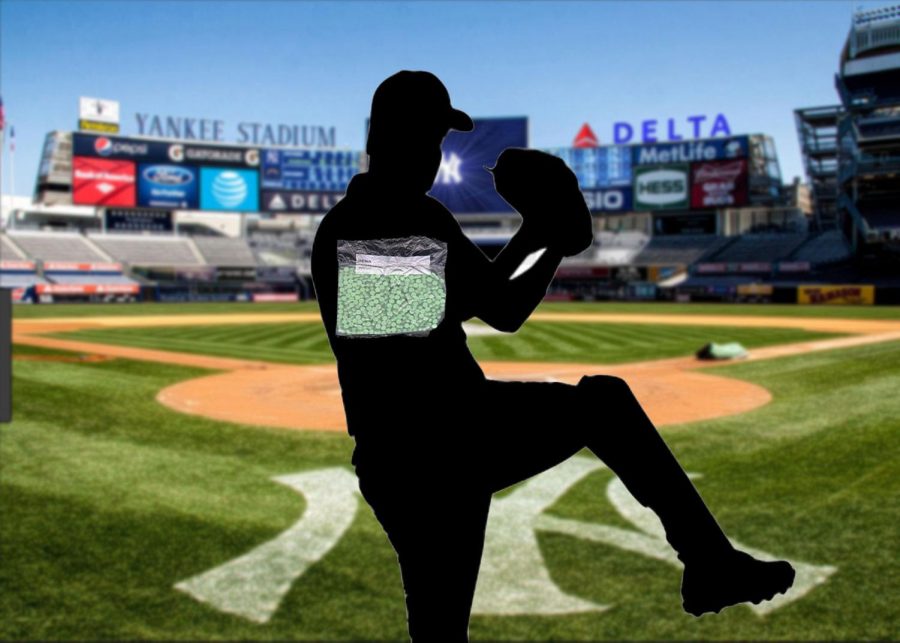 Performance Enhancing drugs are not permitted under the regulations of Major League Baseball. Graphic Courtesy of Eric Evans ('19)

There are rules in both Major League baseball and California high school baseball (CIF) prohibiting the use of performance-enhancing drugs. Major league baseball has prohibited the abuse all drugs that are HGH (human growth hormone), steroids both of which help an athlete gain muscle, and all schedule II drugs that fall under the controlled substances act. CIF high school regulation prohibit the use of all steroids unless prescribed by a doctor.

For years, professional baseball players have used drugs and other illegal substances to gain an upper hand against their opponents. The athletes used steroids, HGH (human growth hormone), and greenies. These drugs enhance the performance and instincts the athletes have on the field.

While steroids and HGH are typically used to build an athlete’s strength and stamina, overdose of these drugs is common and can possibly be fatal. Side effects of these steroids can result in high blood pressure, and weight gain. These side effects can hurt an athlete’s performance on the field, resulting in inadequate performance.

Greenies, also known as speed or amphetamines, boost stamina and concentration. These drugs can also improve instincts and reaction time because they make players more focused. Risks of using greenies can result in addiction-induced overdose.

According to my private baseball coach who played professional baseball from 1983 to 1988, the use of greenies and painkillers were very prevalent. Specifically regarding greenies, he said, “More players did than did not. No one did it to get high… just to play at a higher consistent level.”

Although not many players used steroids when my coach played, he had comments on them he said, “The steroid era did not start till Jose Canseco admitted to using steroids in 1986. Many players began to experiment until everyone knew in 1998 that steroids were taking over the game when stats were off the charts, more home runs were hit than ever before and pitchers were striking out more players and throwing harder than ever.”

Performance enhancing drugs are dangerous, and players in the MLB have used them for a long time. While greenies have decreased in popularity since the twentieth century, steroids are still very common. Even though the league prohibits and tests PED’s, players are still frequently abusing them.