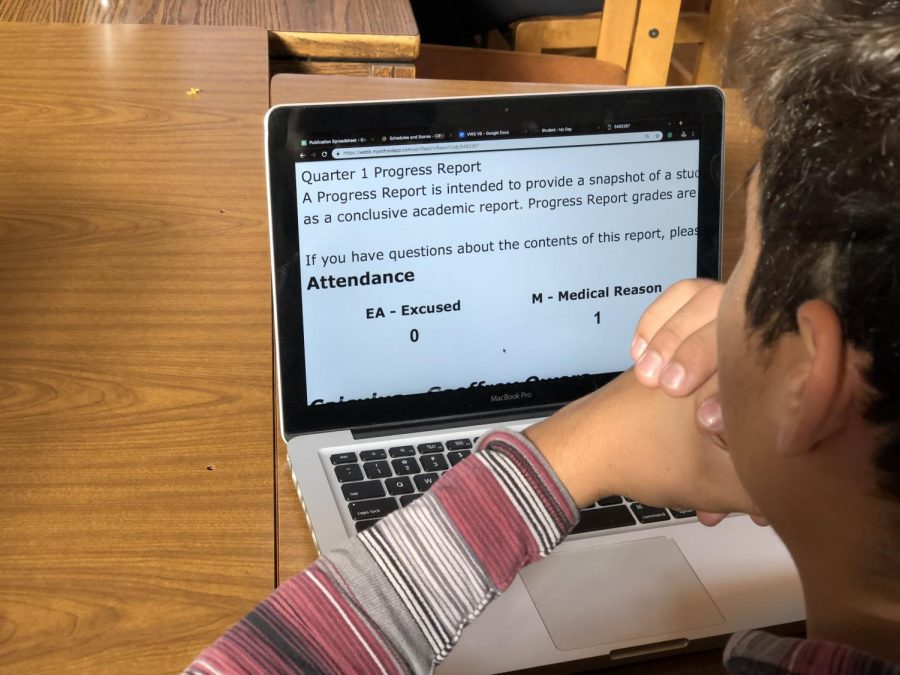 Progress Reports cast their shadow on the Webb community.

On September 24th, 2018, progress reports, a representation of a student’s academic standing a quarter of the way through the semester, cast a shadow upon the Webb community. For different people around the school, progress reports represent different things.

So, what exactly are progress reports? Other than the obvious academic and effort indicators that they communicate to students and parents, progress reports break down a student’s conduct in a class. The teacher rates a student’s conduct based on two general categories: class preparation/study habits and in-class performance. Within those categories are a number of subcategories, where teachers can rate a student as “always” doing what is outlined in the subcategory, “usually”, “sometimes”, or never completing what is outlined.

Andrew Hamilton, Lead Class Advisor for the WSC Freshman class said, “I have been worried that a student would get discouraged seeing low grades, but I think that it is important to get a check-in to see that they have struggled in a class, and acknowledge it. But, I do think that it is a very important check-in, but I don’t see any reason why the benefits would be outweighed by any possible negatives.”

Health counsellors at Webb believe in the positive nature of progress reports.  Daniel Rios, a health counsellor and WSC advisor, said, “Progress reports are important for students because they help students resolve problems that they might have with classes early on, rather than students stressing later in the quarter.”

All in all, progress reports serve as a positive representation of a student’s work ethic, grade, and in-class habits a quarter of the way through the semester. Though they may cause anxiety, progress reports prevent stress in the future by giving students who may be struggling in a class an early reminder to “shape-up.”  In short, their positives outweigh any potential negatives.