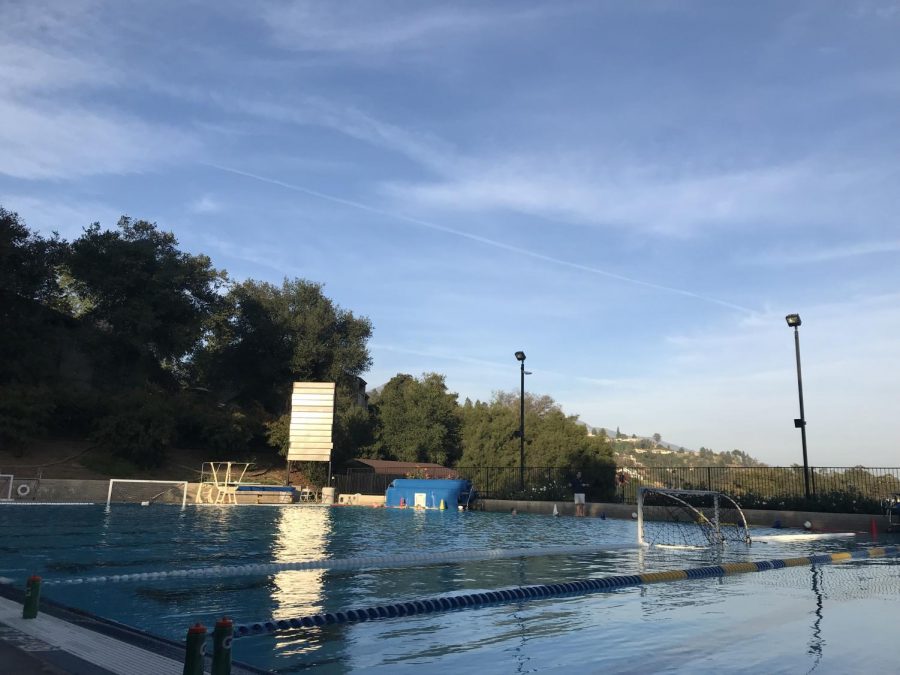 The pool is set up in preparation for Tuesday's CIF match.

WSC water polo and VWS cross country are still alive in postseason play for the 2018 season. Water polo is heading to CIF after securing second place in league on Wednesday, October 24th. The results were finalized after a narrow defeat to Division III powerhouse Walnut High, the only league opponent Webb did not beat.

2018 was Webb’s first year in the Hacienda League, which Walnut High School has dominated in the past. Max Fargo (‘21), a varsity starter, said entering a new league was a challenge because the team “didn’t know what to expect” when facing new opponents. Nonetheless, he is proud of how the team has played, citing the close personal bonds amongst teammates as a primary reason for success this season.

VWS cross country, ranked 12th in the CIF Southern Section, approaches league finals on November 2nd. Their performance at next Friday’s meet will solidify their playoff position. If the team advances, they will attend CIF prelims on November 10th at Riverside Cross Country Course.