For the culture, or for the point? 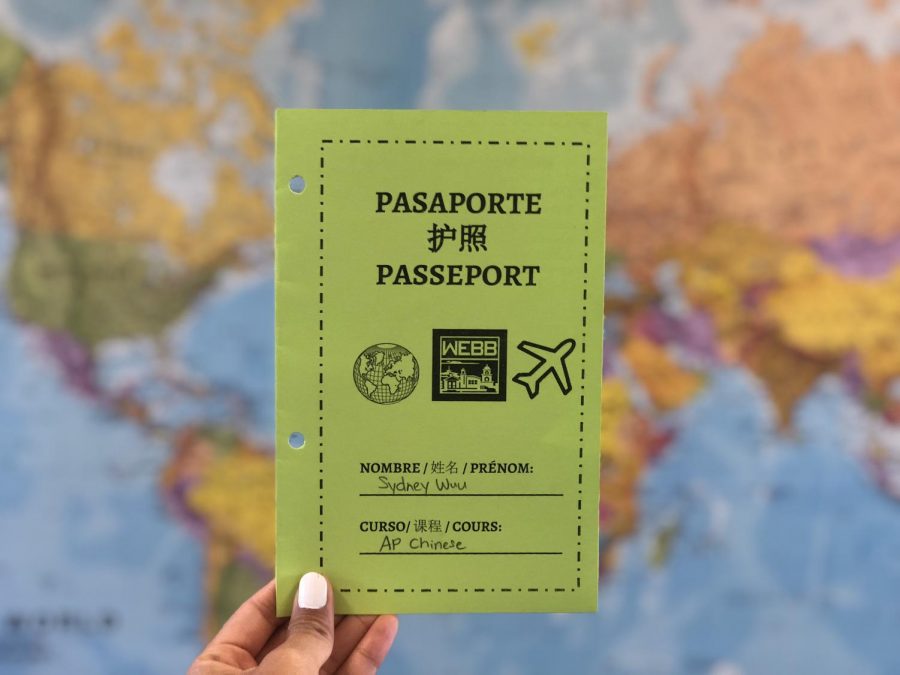 If you ever see a mob of students waving around neon colorful paper passports on campus, there is a high probability that they are fulfilling their culture point requirement for a Webb world language course.

I believe culture points are an effective tool to encourage students to absorb different ethnic traditions from all over the world. Some well-attended culture events from Quarter 1 include Indian Henna Night, Spanish salsa dancing, a Haitian lunchtime food sale, a Japanese movie showing in Hooper, and a Día de los Muertos celebration.

Sophia Li (‘19), an AP Chinese student, said, “For me, culture points are not solely about receiving a grade, but also about immersing myself in the cultures of the languages I am not taking at Webb. This quarter I have learned a lot about French families, and even had the chance to learn how to dance Spanish salsa.”

Critics may argue that imposing a grade requirement defeats the purpose of attending cultural events out of genuine interest. However, without the initial push, students may never have been exposed to these culture events and opportunities. They may have remained in the comfort of their dorm rooms taking twenty-minute long lunch naps or cramming in last minute studying, unaware of all the exciting opportunities available around campus.

The very purpose of learning a language is to fully immerse oneself in culture–not merely memorizing supplementary vocabulary and grammar structures. Cultural events on campus give world language students the on-campus opportunity to apply their knowledge and share their passions with their peers. Culture points incentivise attending these events through offering an objective reward linked with their world language grades.

On Monday, October 15th, 127 students attended the “random Korean dance” in the Hooper Student Center. This event was one of the last opportunities for world language students to fulfill their culture point requirement.

Yet again, culture points created a mutually beneficial relationship: Music of the Generation (MOTG) club officers received an unprecedented amount of student support, while the 127 world language student participants had some laughs with their friends while improving their KPop dance skills.

When at the random dance event, I noticed that the attendees first awkwardly formed a large semicircle around the Hooper stage. Many volunteers were hesitant to step into the middle and show off their KPop dance moves in front of their peers. However, as more video clips played, people became more and more enticed by the Korean culture. Those who were initially hesitant gradually began to become more enthusiastic. After the dance, students earned culture points credit for staying until the very end.

Not only do culture points increase student involvement in events run by their peers, but they also encourage experiential learning about diverse aspects of different nations’ culture. Learning through tasting, interacting, moving, dancing, and watching is far more effective than memorizing new terms from a textbook.

Whether a student attends an event for the culture or for the point, they will walk away with valuable experiences that help shape them into a more worldly person.