Why Danny Duncan is the most legendary man on YouTube 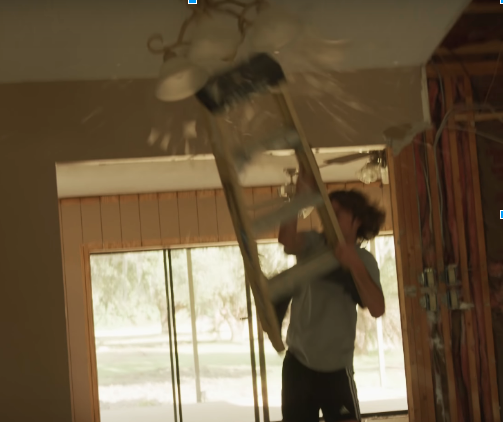 Danny Duncan is a YouTuber from Englewood, Florida who resides in Los Angeles, California. Danny posts funny videos on YouTube and does things that make him and his viewers laugh. The four main attractions to Danny Duncan’s videos are: destructive and reckless stunts, messing with people, reoccurring friends and characters, and funny pranks. Danny makes and uses a decent sum of money in his videos where he does simple daily activities while injecting his funny personality. He is not afraid to be made fun of, looked down upon, yelled at, or kicked out of places.

In Danny’s videos, he does pranks in public on random people he meets on the streets. All of his pranks are authentic and never staged, contrary to what other YouTubers do. In one of his recent videos “can you open this” he takes a full bottle of Mountain Dew and shakes it up, then he proceeds to attempt to get people to open the bottle asking for help. His most viewed video with 18.9 million views features a public stunt in which he hauls a wheelbarrow full of 30,000 pennies and proceeds to “accidentally” spill them across the grocery store floor.

Another one of his most known videos and quotes is the “No It’s Not That” drive-thru prank where Danny goes through a drive-thru and describes specific things but cannot remember the name of the items. The workers continue to name the described item and all Danny can say is “No it’s not that” until finally, he cannot hold his laughter in anymore and just agrees with the worker.

Danny Duncan is willing to spend money to wreck things for fun like his property, car, and scooter. His house, for example, while being remodeled needed a chandelier removed. To do so, Danny grabbed on and swung around on it, ripping it from the ceiling instead of safely cutting the wire.

Danny constantly destroys some of his belongings in a joking way for the amusement of the viewer. He’s driven his Honda Fit through the garage door more than once, drove his sisters truck into a pond as a prank (she was compensated), and drove a four-wheeler into posts inside the house. He took his old Honda Fit and painted all over it, jumped through his yard, and drifted through open lots. Also, he jumped his scooter and dirt bikes in his backyard in Englewood, Florida. Doing these stunts, Danny also risks his health; he could very easily hurt himself (and often does) in almost every video he posts.

Part of the reason watching Danny Duncan is so much fun is that you get to sit behind the screen and watch him do extreme things you would likely never do. Besides how he wrecks his expensive belongings for amusement, as earlier mentioned, he jokingly crosses the line of respectful conduct in public. What is hilarious is that as the viewer you know he is obviously messing around, but the people around him have no idea and give him weird looks and annoyed responses. In addition to the reactions he gets from bystanders, the things he does to get these responses are hilarious too. For example, he has pretended to be a security guard, thrown slugs at people, driven his dirtbike inside stores and houses, and has messed around on some legendary grocery shopping trips.

In addition to the hilarious antics in all of his videos, the characters who surround him provide the viewer with countless laughs and familiarity. His friend, Kevin Amarillo, has been featured in Danny’s channel from some of his earliest days and taken part of some of Danny’s best moments. One time, when Danny and some friends were playing basketball, Kevin told Danny if he made a full court shot in five tries, he would call his recruiter and cancel his plans of joining the Navy. After four misses, Danny stepped back and jokingly chucked up a prayer of a shot that somehow ended up going in.

Some of his other friends who show up in his videos include Cameron, a little person from New Zealand, and JuJu Smith-Schuster, a receiver on the Pittsburgh Steelers. Daniel Barrett, a friend of his, Los Angeles street entertainer Mr. Muscles, Marvin the young son of the owners of one of his favorite restaurants, and Brian a family friend Danny even features his family consistently, like his cousin Johnny, his mom, his cousin Matthew, or even his grandfather George. Danny also makes up characters of his own pretending to be Gary Winthorpe, who shows up in different forms to play various roles. These characters make up the story that is Danny’s channel and add their own personalities which create funny moments and scenarios.

There are a few things that set Danny Duncan apart from other YouTubers and pranksters. He does things randomly and impulsively which are not planned until the very moment within his response or just a few hours before the prank. In Danny’s prank videos, he is at a specific location like UCLA or the streets of Hollywood interacting with random people who are completely oblivious to the fact that Danny is usually never serious. To find Danny’s videos funny you must be able to identify when he is and is not being serious. What is unique and great about him is that even in very heated and intense situations he most likely is not