Social media as a tool 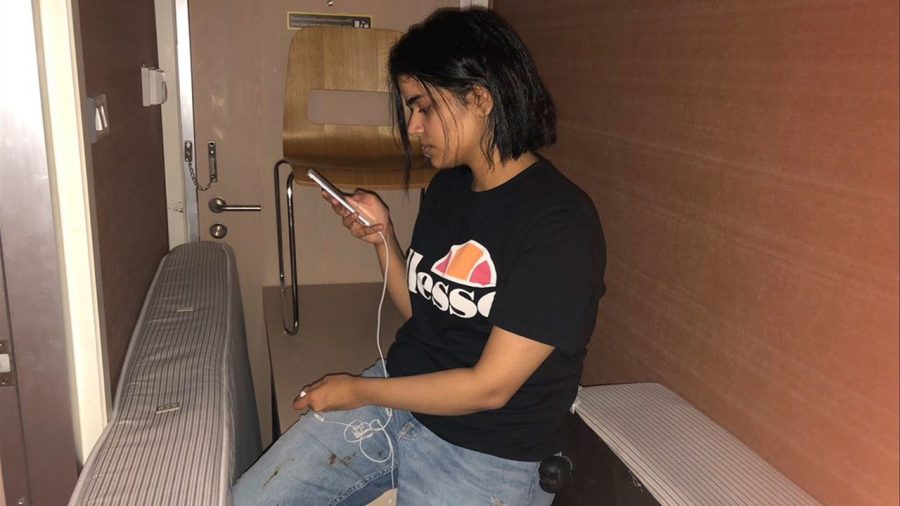 Because I got nothing to lose I’m going now to share my real name and my all information.

This frantic Tweet is the first of a series that Rahaf Mohammed al-Qunun sent out on January 5th, 2019. Mohammed had recently fled her abusive home in Saudi Arabia and was seeking asylum in Thailand as the Saudi embassy was trying to force her return.

What is even more chilling is the second Tweet that went out. “I’m afraid. My family will kill me.”

According to WBUR, Rahaf said she was mentally and physically abused by her family since the age of 16 and it became so dire that she decided to risk her life in an attempt to escape.

She recalled that once, she cut her hair short, something the family disapproved of and they locked her in her room for six months. Saudi Arabia has very strict laws as it is under the strict religion, Islam.

For instance, there exists legal discrimination against non-Muslims as well as a strictly mandated requirement that all women must be covered with a hijab or burka. If a woman is raped, she cannot even testify against her rapist in court. A man who is convicted of rape can have the conviction overturned if he agrees to marry his victim.

As Islam is the official religion in Saudi, freedom of religion is extremely limited and must be practiced privately. People, especially women who defy Islamic traditions, are subject to harassment and public beatings. Saudi also has a male guardianship system, which means women must seek the permission of male family members for practically everything.

Guardianship laws are based on an interpretation of strict Sharia law as well as traditional views of the sexes. There are many aspects of a woman’s life in Saudi Arabia that are legally dependent. No matter the age, a woman must have permission to perform any basic set of day-to-day tasks.

When Mohammed barricaded herself in a Bangkok hotel room after her escape, she renounced her religion and its treatment of women. To renounce Islam is a death sentence in Saudi.

In an official statement she said, “I was not treated respectfully by my family and I was not allowed to be myself and who I want to be. As you know, in Saudi Arabia this is the case for all Saudi women, except for those that are fortunate enough to have understanding parents. They can’t be independent and need the approval of their male guardian for everything.”

It is shocking how quickly her plea for help was heard. Moreover, the power of social media to help relay her message. The night the Tweets went out was also the night Rahaf’s Twitter account was created.

When Rahaf’s first message went out, her account had 24 followers. Minutes after the Tweets were sent, Egyptian-American activist Mona Eltahawy translated them into English and sent them out to her hundreds of thousands of followers.

The Tweet eventually reached Phil Robertson, a Bangkok based member of Human Rights Watch who aided in created the hashtag, #SaveRahaf. Rahaf had gone from 24 Twitter followers to 27,000 in less than 24 hours.

Although there is talk of the harms of social media as a platform for spreading hate and bullying others, there can be instances where people in abusive situations use it as a tool for freedom.

Rahaf Mohammed was a success story where someone has escaped the oppressive Saudi regime. However, some women were not so lucky.

In 2017, Dina Ali Lasloom, a Saudi woman attempting to escape Saudi’s guardianship laws, boarded a plane to Australia. Her uncles came and forcibly carried her onto a plane back to Saudi Arabia. Dina returned to Saudi and disappeared on April 12th, 2017.

Although social media can be used to rescue people from abusive situations, it cannot always be there. Some stories are a hit or miss, and many are not fortunate enough to have their story reach the right audience.

Sometimes, it can be easy to only focus on the negative that social media brings into our lives, but it can also be used as a tool for people’s voices to be heard even in the most remote parts of the world.

Caroline Metyas (‘20), who takes Honors Culture and Conflict in the Middle East, said, “Well I think social media had been really beneficial to creating changes and bringing awareness to a lot of gender inequalities in the Middle East, like raising international awareness for the domestic abuse in some Middle Eastern countries which is really common. That awareness through social media has allowed people to raise money and create foundations to prevent/help women in need. A lot of the crises over there regarding women usually just isn’t known around the world, so people reposting and re-Tweeting them really creates momentum and change. I think social media can have a really positive effect when it come to things like that.”

With all of social medias downsides, there are also upsides. Rahaf Mohammed’s story is one of the many positive outcomes that can happen when people come together through social media.