Why Lakers fans should be excited for the future 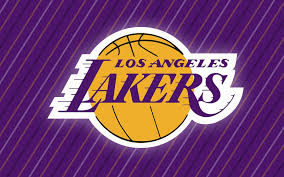 The Lakers are in for a good season. Graphic courtesy of Flickr.

Since their conception, the Lakers have been one of the best franchises in American sports history. For seventy years, players such as Jerry West, Wilt Chamberlain, Magic Johnson, Kareem Abdul-Jabbar, Shaquille O’Neal, and Kobe Bryant have graced Lakers fans around the world with dazzling plays, high-flying antics, and iconic performances.

For a franchise with thirty-one conference championships and sixteen league titles, the idea of having four straight losing seasons is as unfamiliar as the idea of never being able to watch Kobe play another basketball game at the Staples Center. The last few years have been a rollercoaster for the Lakers organization, but the hope is not lost. In fact, Lakers management has positioned the organization for great success in the long run. Here’s why Lakers fans should be excited for the reincarnation of the greatest franchise in NBA history:

Following the disastrous Dwight Howard/Mike D’antoni experiment during the 2012-2013 season, Lakers management was met with a harsh reality that could make or break the future of the organization– it was time to rebuild.

After the 2013-2014 season, the Lakers cut ties with veterans, Pau Gasol and Steve Nash, the Lakers used their two 2014 draft picks on Julius Randle (first round, seventh overall pick) and Jordan Clarkson (second round, forty-sixth overall). After a less-than-stellar 21-61 record in the 2014-2015 season, the Lakers were awarded the second pick in the 2015 NBA draft. The Lakers decided to use that pick on D’Angelo Russell, a 19-year-old, 6’5” point guard with an innate ability to make plays on the offensive end of the court.

The 2015-2016 season was an emotional one for Lakers fans, as it would mark the last season they would see Kobe Bryant on the court. Even though watching Kobe return to his superstar form in his final season gave Lakers fans some positive memories, the 2015-2016 season was the worst in franchise history, as the Lakers finished 17-65. After acquiring Brandon Ingram with the second overall pick in the 2016 NBA draft, the Lakers decided to gamble on proven veterans, Timofey Mozgov and Luol Deng, by rewarding them with hefty contracts. This would come back to haunt Los Angeles. By spending so much money on these veterans, the Lakers seemed to abandon their rebuilding process and invest into older players who were past their primes. Following a midseason change in management that saw Magic Johnson return to the organization as the Director of Basketball Operations and Jeanie Buss as the team’s owner and president, the Lakers flashed signs of potential, finishing with a 26-56 record.

For starters, the Lakers were able to get rid of the remainder of Timofey Mozgov’s four-year, $64 million contracts, by trading him and D’Angelo Russell to the Brooklyn Nets for top-10 center, Brook Lopez. The Lakers were unable to acquire Paul George this offseason but signed Kentavious Caldwell-Pope on a one-year, $18 million contract. The real noise was made in the draft, however. With the second overall pick, the Lakers acquired Lonzo Ball, a 6’6”, jack-of-all-trades point guard, from nearby Chino Hills. They also acquired Kyle Kuzma from Utah, Josh Hart from Villanova, and Thomas Bryant from Indiana, all who are anticipated to receive playing time. Along with returning players Julius Randle and Brandon Ingram, new additions Lonzo Ball, Kentavious Caldwell-Pope, and Brook Lopez, will round out the starting five, with Jordan Clarkson serving as the sixth man off the bench.

Although this season is full of hype and excitement, Lakers fans should look forward to next season– especially the 2018 offseason. Julius Randle, Kentavious Caldwell-Pope, Brook Lopez, Corey Brewer, and four other Lakers are in the final years of their contracts. The Lakers can clear up $60 million in cap space, the amount of money a team can use annually to sign players. With players like LeBron James, Paul George, Russell Westbrook, and Kevin Durant, who have the opportunity to opt-out of their contracts at the end of the year, the Lakers have put themselves in a position to simultaneously sign some of the best players in the league. Money, location, talent, and an amazing legacy work in the Lakers’ favor, as they aim to make transform themselves into a possible candidate for free agents next summer.

Wins have been hard to come by for the Lakers, and frankly, that was an expectation by from Lakers management when they began this rebuild. After four years of lackluster basketball, the Lakers are finally in a position to compete in the Western Conference. Whether it’s this season or next season, Lakers fans should expect plenty of highlights in the near future.