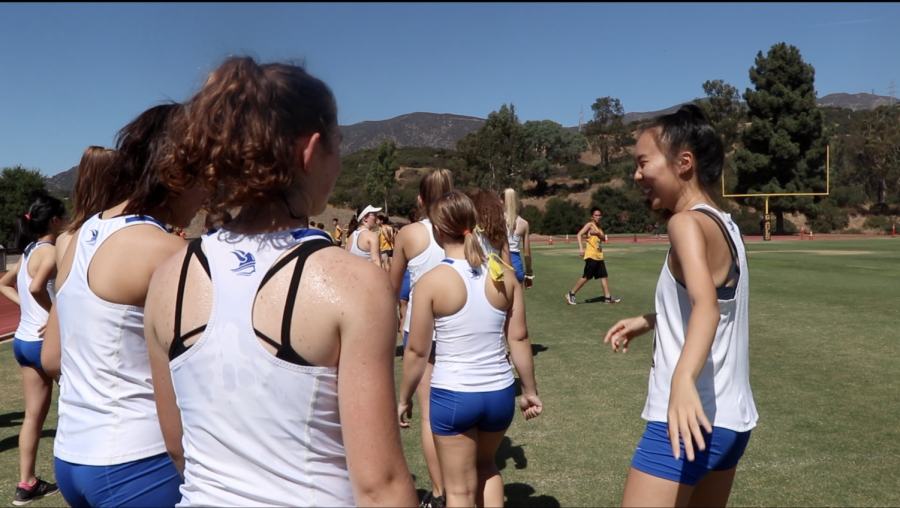 In scorching 96 degree weather, Webb hosted their only home cross country meet of the year on Tuesday, September 24th. As cross country runners faced the hilly run spanning a total of 3.1 miles, they looked to maintain their undefeated status in league for both VWS and WSC.

“Mongo” is part of the classic Webb course; it consists of many steep hills and turns. The starting pistol is fired at Faculty Field, prompting runners to start with a quarter of the track on its northern side. Next, they pace themselves down a slight hill to the softball field behind the gym, into the California chaparral on a dirt trail, and onto Chandler field where they make a loop. They then come back up the way they came down, but this time, it is more uphill and they do not come through the softball field. Runners race up the steep Mongo hill before finishing back at the track to a roaring crowd of support.

However, if running this course once does not seem like enough, try running it two times. Once runners arrive back up the track, they repeat the course again. After an exhausting race, the Webb cross country teams finished Mongo and were able to rest.

Since Webb’s cross country team trains extremely hard every day, the results were astonishing. The WSC varsity team had seven runners back to back in the front of the race when the group arrived at Chandler Field. In the end, six of the seven runners maintained their original position and WSC placed first among varsity boys with 15 points.

As for individual successes, girls varsity team co-captain Lily Miller (‘21) sprinted way ahead of her competition and finished in first place with a comfortable lead. On the WSC varsity team, Michael Martinez (‘21) clinched first place for the boys.

All of Webb’s teams placed first in their respective divisions, with the lowest scores of all competing schools. As in golf, the team with the lowest amount of points wins the competition; the earlier you finish, the less points you receive. VWS varsity finished with a total of 17 points, VWS junior varsity totaled 15 points, and WSC junior varsity had a total of 15 points.