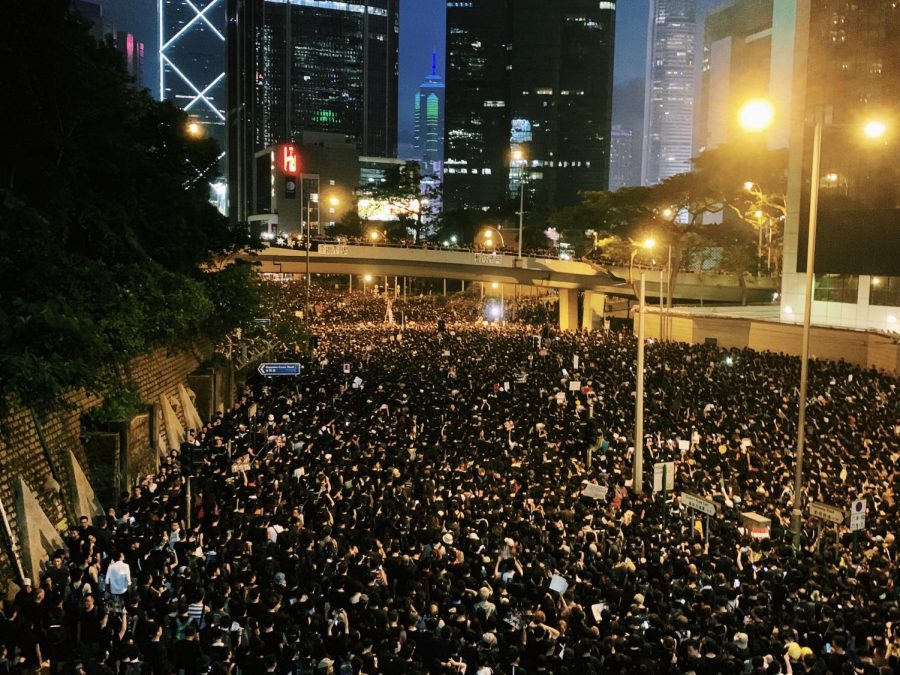 The Hong Kong protests are the defining revolution of our time, for the protesters are not just fighting for the freedom of one semi-autonomous region but for the future of social activism worldwide. As protesters march month after month, they face increasing resistance and blowback from the Chinese government, yet these activists continue to battle for the ideals and promises that Hong Kong was founded on. As the protests rage on, violence fills the streets of the once peaceful city, and activists can be seen clashing with police and fighting for their basic human rights. The future of social activism around the world rests in the hands of these tired and battered protesters, as the Chinese government’s response to their protests will determine if social activism can survive in the modern age.

Since April, millions of protesters have taken to the streets of Hong Kong. What began as a protest against a controversial extradition bill has morphed into a massive pro-democracy movement with five key demands:

For the protests to not be characterized as riots
For total amnesty to be granted to arrested protestors
For the establishment of an independent inquiry into police brutality
For the implementation of universal suffrage
And for the withdrawal of the extraditional bill.

The fifth demand has already been met, as Carrie Lam, Chief Executive of Hong Kong, has officially withdrawn the bill.

The effects of the protests have reached every corner of Webb’s community, as many international students have a personal stake in the situation.

Ping Fong (‘20), a Hong Kong national, said, “I think it’s pretty bad right now. I used to support it because it was peaceful, but now it’s evolved into more of a revolution [to break away] from China. It’s no longer a protest for a specific bill, it’s a call for freedom.”

Chris Ma (‘20), a Chinese national and a pro-government supporter, said, “The Hong Kong protesters are really not making a point. First of all, if they really want democracy and freedom, it should be on the non-violent protests that they had during July and June. But now, they’re intending to be more violent because they think that non-violence can bring them no good and that only violence is the only approach that can bring them democracy or freedom.”

Hong Kong is not the only battlefield upon which the ideals and demands of the protesters and the government are clashing; the protests have also placed American-based corporations and organisations in the position of having to choose between the multimillion dollar market in China and the freedom of speech of their employees and executives. The NBA suffered suspended broadcasts and games in China in response to a tweet by Daryl Morey supporting the protesters in Hong Kong, and Blizzard began punishing any popular Hearthstone player and live streamer who showed support for the protests with a ban or suspension on their player account.

London Tyck (‘20) said “I think that [the NBA] should be protecting the owners’ and [general managers’] right to free speech. I think that China is a big market, and it obviously will be a very big financial deficit to them. But I think that ultimately it is more important to focus on human rights and ethics more than the money because that’s basically what it is.”

However, beyond the economic impact and implication that the protests have had on global organizations, the way the Chinese government and the international community respond to the protests will set the precedent for how future social activism events will be treated around the world.

Hong Kong police regularly use water cannons, tear gas, bean bag guns, and even rubber bullets to disperse and quell protesters, and this use of force has resulted in various injuries such as one protestor losing an eye, a second being beaten by police while in a hospital, and a third being shot in the shoulder with a live round. Additionally, the Chinese People’s Armed Police has amassed forces at the border of Hong Kong ready to flood into the semi-autonomous region at a moment’s notice. The Chinese government has also doubled the amount of active military troops stationed in Hong Kong since the protests began.

The police’s excessive and dangerous use of force, along with the impending threat of China’s paramilitary in Hong Kong, could open the door for other governments to adopt this response to protesters. Even the United States’ own National Guard has oppressed American citizens’ constitutional rights in the past. While in recent years the United States National Guard has only been activated on American soil in dire situations such as hurricane relief, the National Guard has previously been used to oppress basic human liberties such as the right to education and the right to protest. The Alabama National Guard blocked black students from entering Little Rock High School and by doing so, oppressed their right to education during the integration of Little Rock’s Central High School in 1957. And in 1970, the Ohio National Guard opened fire on a crowd of student protestors, killing four and injuring nine at Kent State University, in an attempt to squash their protests against the Vietnam War.

Even now, paramilitary and police forces are being used to silence opposition across the planet. The French, Lebanese, Spanish, and Ecuadorian governments, just to name a few, have used violence to suppress opposition within the last 12 months. The Hong Kong protests are just the most recent and widely reported on crisis of this kind which is what makes them ever so important.

The world is watching Hong Kong, and if the Chinese government uses its military power to suppress its citizens’ basic human rights without any condemnation or recourse by the international community, then a message will be sent that any government is infallible within its borders. Then the next time a protest or social activism event, such as a climate march, is organized, the precedent will be set so that violence can be openly used to silence the protesters without any international blowback.

There will be some who say that the protesters are just as violent as the police, and they would be right. Protesters have thrown molotov cocktails and attacked police officers; however, these attacks only began in response to the police targeting and persecuting the protesters for speaking up. A government that suppresses peaceful protests through force should expect a violent revolution.

Tearing out someone’s tongue does not prove you are right, it only shows that you fear what they have to say. In fact, a government established for people demands dissent. It demands opposition. It demands that ideas struggle on mental battlefields until one hails victorious. When one of these ideas becomes bulletproof and stands unopposed atop the trenches, a government loses the spirit of the people. And a country without the spirit of its people is nothing more than a dismal shell of the ideals it once stood for.