The truth about Singles’ Day in China 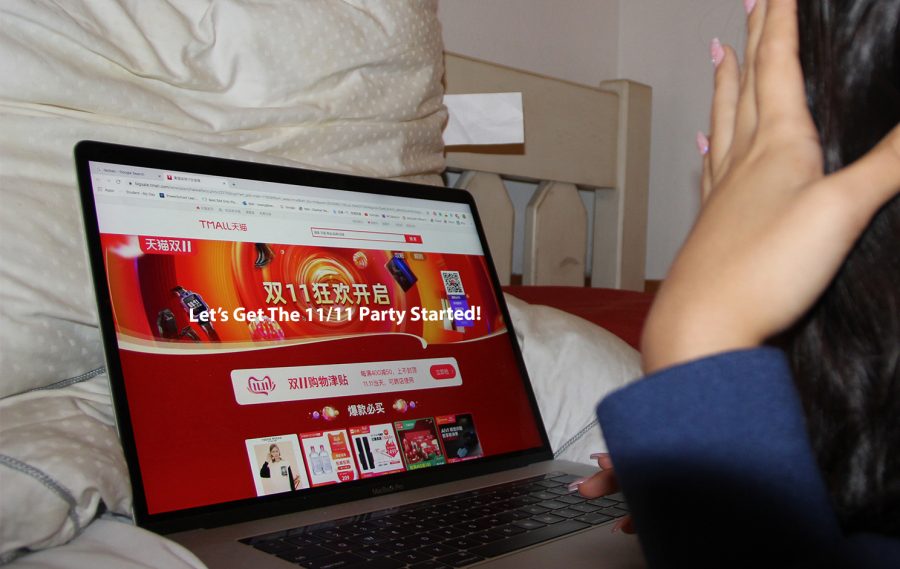 Valentine’s Day is a holiday that celebrates love and affection, a day where couples can openly take to the streets without feeling embarrassed. For those who are single, however, it may be hard to understand all the fuss behind this holiday, and seeing other people together may generate a sense of loneliness. Many wonder if there should be a day dedicated to single people in order to console their broken hearts.

Singles’ Day is an actual holiday held annually on November 11th in China, also known as Single Sticks’ Holiday (光棍节 Guānggùn Jié). It is a day of celebrating the pride of being single and more recently, a day of shopping!

The origin of Singles’ Day began in 1993 when a group of Nanjing University students celebrated their solo lifestyles by buying themselves presents. They chose to hold the holiday on November 11th, because the date, 11/11, consists of four “ones,” which represent four single people.

Today, Singles’ Day has evolved more into a popular shopping holiday in China. Similar to Black Friday in the United States, on Singles’ Day, shops both online and offline offer massive discounts for their products to encourage people, especially young adults, to purchase and horde as many underpriced goods as possible.

With online shopping taking over the traditional, in-store shopping experience, many online shopping platforms, such as Taobao, Tmall, and JD.com have joined the frenzy of Singles’ Day shopping. With elusive deals as big as 50% or $50 refund vouchers, customers feel as if they had hit the jackpot in discounts, motivating them to buy more than necessary due to the cheap prices. In 2018, the Alibaba Corporation, who owns Taobao and Tmall, expanded its services international, meaning people in the United States and beyond can also participate in the shopping rush on November 11th.

Just like any sales event, stores normally start to advertise their deals weeks in advance, hyping up customers for the big day. On the day before the holiday, people often stay up till midnight, waiting for the clock to strike and the discounts to start, hoping to purchase all the goods before they sell out.

The Guardian reported that in 2017, the Alibaba Corporation earned more than $25.4 billion in sales alone on the holiday, while their rival, JD.com earned $19.1 billion.

Many international Webb students actively participate in Singles’ Day shopping, despite being 8000 miles away with a 16-hour time difference from China. For many, this festival is a rare opportunity for them to spend money without feeling wasteful.

Cecilia Li (‘20) said, “Shopping is often a guilty pleasure, but during Singles’ Day, there is no guilt because everything is on sale, and if I miss out on that opportunity, I am basically wasting money. And most of the time, the stuff I buy on November 11th aren’t exactly necessities, but they all come in handy one day or another.”

Some Webbies, however, can’t wait for the shopping frenzy to start and have already planned everything out!

Britney Lu (‘23) said, “I plan on buying everything that America does not sell, like makeup, anime merch, and other supplies. I already added everything I want to my shopping cart. I am prepared.”

Yet, others, like Jimmy Feng (’21) are ambivalent about Singles’ Day.

Jimmy said, “In the case of Single’s Day, I think it is a sales gimmick in the e-commerce era. In fact, this form of marketing (using festivals for a sales increase) is used very seriously by many Western merchants, as with the example of Black Friday. Likewise, Single’s Day is basically born for consumers. There is nothing wrong with it though. It’s good to be able to buy cheap things once in a while.”

Whether it is a sales gimmick or an important tradition, Single’s Day is a great day to spend time with friends and spend time for yourself. Like every year, Single’s Day 2019 was a great success, but for those who did not find any good deals – do not worry! Black Friday and Cyber Monday are not so far away!