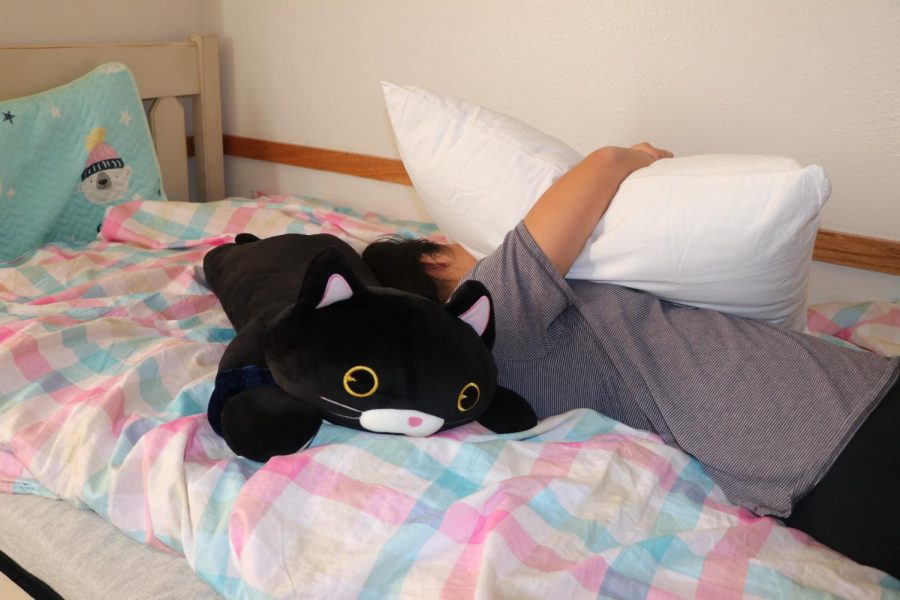 We all know somebody who has a hard time getting out of bed every morning  In fact, more and more teenagers are getting less sleep every night because they focus too much on their homework and studying.

Julia Patronite (‘21) said, “I’d rather stay in my bed than get up. Sometimes I just want to stay inside my warm bed instead of getting up and facing the cold world.”

Most teenagers dread waking up early for school because they value sleeptime and try to get more than eight hours of sleep a night (the recommended amount of time from researchers). However, this goal is extremely onerous for many.

Rising health concerns led researchers to the solution that all public high schools should change their start time to 8:30 a.m. The average start time for high schools right now is 8:00 a.m., so increasing the time by 30 minutes would allow students to get more sleep in the hope that their attendance and overall academic performance will improve.

However, this change will affect many parents and will cause many problems. With their busy work schedule, some parents may find it difficult to get their kids to school and still get to work on time.

This issue will be difficult to combat since each job has different hours. Studies show that the average work time for an adult is 8:30 a.m. which, incidentally, is the same as the new start time of public schools. Some schools do not provide morning supervision so parents of children going to these schools will have a hard time. Getting students to school will be challenging, and there will be no supervision to watch these students, so schools are urging parents to try carpooling or other modes of transportation such as biking and walking to get their students to school at the proper time.

Cindy Jeantete, Attendance Coordinator, said, “These issues are a part of life and it is out of our control. It will impact many people and parents need to make arrangements. A lot of people are definitely going to be upset because it will require more money to pay for childcare, but I definitely think the new start time is good for students.”

Sleeping before the school day starts is important to many people so they can have the energy to acquire the content covered in class. However, due to the early start time, this is not possible and students are becoming more and more tired each day.

Since Webb’s academic day begins at 8:30, students have the opportunity to sleep a few minutes longer which can improve students’ sleep cycles.

According to Healthline, many consequences can happen to your body if you do not get enough sleep including higher risks of sickness, cancer, and diabetes. In addition, not getting enough sleep can lead to problems with thinking, memory, and a higher chance of gaining weight.

With all these risks, it is important to get enough sleep and to maintain your health. By starting school at a later time, students will be able to sleep more which will lead to a healthier lifestyle.

Not only will students’ health improve by starting later, but test scores will also be at an all-time high. Instead of cramming information last-minute when it is late and not getting enough sleep, students will now be able to study and still get enough sleep because they can wake up at a later time than before.

Joshua Bolkan, Online Assistant Editor for The Journal, said, “In the University of Minnesota report, ‘Examining the Impact of Later High School Start Times on the Health and Academic Performance of High School Students: A Multi-Site Study,’ it is the result of a three-year project looking at data from 9,000 students at eight high schools in three states. Key findings in the study include: academic performance and standardized test scores improved in english, math, science and social studies at schools that switched to a later start time; Tardiness and absenteeism decreased when start times were delayed; Depression symptoms, substance abuse and caffeine consumption declined at schools with later starts.”

With all these benefits, it is safe to say that the new start time will definitely benefit students academically and mentally. However, it could be a major conflict for many but in the end, this issue is worth it. Students will be given a better opportunity to succeed in school and will be able to maintain their health better.