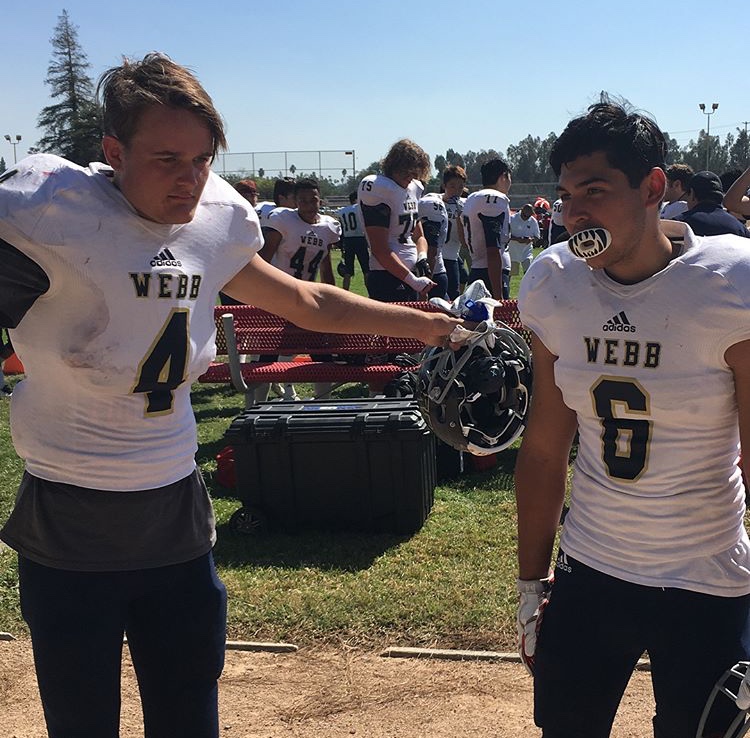 On September 23, Webb football fought long and hard against Santa Clarita Christian School in their fourth game of the season. Although they lost 42-16, their supporters have remained loyal and still believe they can do really well this season.

Just a few Saturdays ago, on September 16, the stands were packed with fans when the football team made Webb history with their win over Garey High School. It was the first time in Coach Thomas’ career at Webb that the Gauls beat a team with a winning record.

When asked about his thoughts on the team’s performance, Ryan Place (‘18) said, “I’m really excited to see what the rest of the season has in store for us. Our win versus Garey was a big momentum booster for us since it was the first time we beat a team ranked higher than us in a long time.”

This season has overall been relatively successful for the football team, with them winning two of their four games. They defeated St. Pius- Matthias Academy by a score of 44-7, and Western Christian with a score of 55-0.

The wins have been rallying a lot of Webb spirit, with an increase of students going to games. “I think the football team is good and I hope this season goes well! I went to my first football game recently and I’m looking forward to going to more of their games,” added Anjali Desai (‘21).

Both the coaches and players are looking forward a great season filled with hard work and dedication. The team’s captains (Ryan Place (‘18), Spencer Easley (‘18), Ryan Vidales (‘18), and Matt Martinez (‘19) overall goal is to compete for and win league, which has not been done in 25 years.