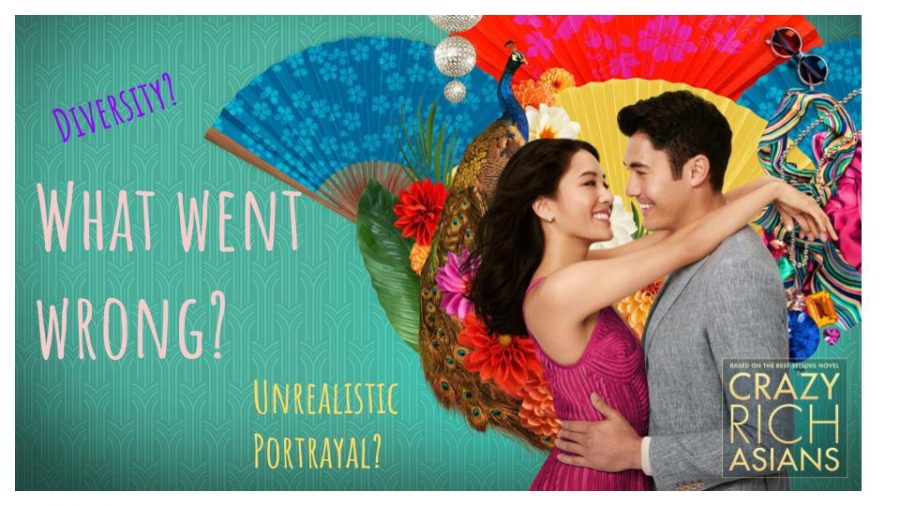 After its initial release in mid-2018, the movie Crazy Rich Asians blew up all over the world. People were fascinated by the emotional and heartbreaking romance that caught viewers weeping and laughing all at the same time.

Crazy Rich Asians, a 2018 romantic comedy film directed by Jon M. Chu, stars Constance Wu as Rachel Chu, Henry Golding as Nick Young, and Michelle Yeoh as Eleanor Young. The film follows Chinese-American Rachel Chu on her journey to Singapore with her long-term boyfriend Nick, who comes from an extremely wealthy family. Trouble arises when Rachel finds herself on the bad side of Nick’s mother, Eleanor, as she immerses herself in the exclusive but lavish lifestyles of Asia’s richest families.

The film became the ultimate stepping stone for Asian representation in Hollywood with its star-studded all-Asian cast. Before its release, Asian actors, in particular, were subjected to Western whitewashing and type-casted to play “exotic” roles, while white actors were cast as Asian “heroes,” according to a 2017 NBC news article. In 2019, however, it seems that Asians are finally getting the recognition they deserve following the debut of Crazy Rich Asians that challenged the tight grip of the Western media.

Yet while the film attempted to capture the lives of Asian Americans and present a new picture of Asia to the outside world, the film does not truly capture the full image of Asia as it lacks ethnic diversity and presents an exaggeration of what being rich in Asia really means.

Emily Li (’20) said, “I don’t like the movie because it strengthens the portrayal that not only are Asians generally very affluent, they also make money and strict traditional values the cornerstone of their family life. This portrayal of Asians is the idealized picture of the oriental like a mystical place in the East because the film is more catered towards the Western tastes. The plot is also non-creative, just like Cinderella. However, I liked how expensive everything looked. Just like the movie Avatar, which looks nice with all the CGI and everything, but also is a stereotype of African indigenous tribes. Furthermore, the movie only portrays Cantonese/Singaporean/Hong Kong culture, which is a culture that the West has already gotten comfortable with. It’s not pushing the boundaries.”

Set in Singapore, the film mainly focused on Singapore’s Chinese communities at the expense of all the other ethnic minorities in the country. Although Chinese is the dominant ethnicity, consisting of 74.3% of the population, other ethnicities such as the Malays (13.4%), Indians (9.1%), and others (3.2%) were missing from the big screen, even though they collectively account for more than a quarter of Singapore’s 5.6 million people.

The lack of diversity in the movie was panned by Sangeetha Thanapal, a Singaporean Indian writer and activist, who said, “Part of the way that this movie is being sold to everyone as this big win for diversity, as this representative juggernaut, as this great Asian hope. I think that’s really problematic because if you’re going to sell yourself as that, then you bloody better actually have actual representation of Singaporean minorities.”

In addition, it seems as if many of the opulent scenes that publicly showcased the massive wealth of the Singaporean social-elites, with their big-mansions and Gatsby-like parties, are very much an exaggeration of the lifestyles lived by the rich.

While in an article for The Straight Times, an anonymous Singaporean socialite in her 50s “agreed that many of Crazy Rich Asians’ opulent scenes are not a departure from reality,” it is more common for, “Chinese-Singaporean old-money families tend to prefer to be subtle, opting to take out their private yachts to secluded islands and keep their wealth under the radar.”

The famous parties in the movies also do not happen everyday, despite the fact that they were portrayed on-screen like an everyday event.

Chloe Ng, daughter of Singaporean shipping magnet Nina and Eddie Ng, told TNP news that, “The parties, for example, were extravagant. The movie made it look like it was something we did every day, but it’s really not even every weekend. We have these parties once in a while, like a big ball where everyone gets dressed up in gowns.”

Furthermore, while it is true that Singapore itself is a crazy rich country, as it is known for having the highest concentration of millionaires in the world (152,000 households), Singapore is, in fact, “no theme park of bling,” as Kwame Anthony Appiah reported in a 2018 article for The Atlantic.

From his research, Appiah found that Singapore is “in fact, a largely middle-class country where most people live in public housing” instead of the palace-like mansions of the Young family. Additionally, 26% of Singaporeans live below poverty, taking up more than a quarter of Singapore’s total population. For most Singaporeans, the kind of lifestyle experienced by the social-elites in the movie is no more than a faraway dream.

Crazy Rich Asians took initiative to address the unequal treatment of Asians in the film industry and sought to empower Asians by giving them a voice through a brilliantly casted and well-written film. Though the movie took necessary steps to spread awareness for the Asian race, many diverse Asian ethnicities were ignored by the film, and the film featured exaggerations of scenes that do not portray the reality of the people’s lives that the movie was based on. While progress is still progress in this ever-progressing world, much work still needs to be made until all Asians are authentically captured on the big screens of Hollywood and the world.

Currently, Asian cinemas are blowing up as more foreign films are getting more recognition in the Western world. With the rise of Bollywood, followed by the already established film industries in Taiwan, China, Hong Kong, Japan, and Korea, there is much to look forward to in the future in regards to Asians in film. Moving on, there seems to be a positive outlook for more Asians to be seen on the big screens of Hollywood, as well as the film produced by Asian cinemas that are equally spectacular by itself.