Webb debate team competes in only home tournament of the year 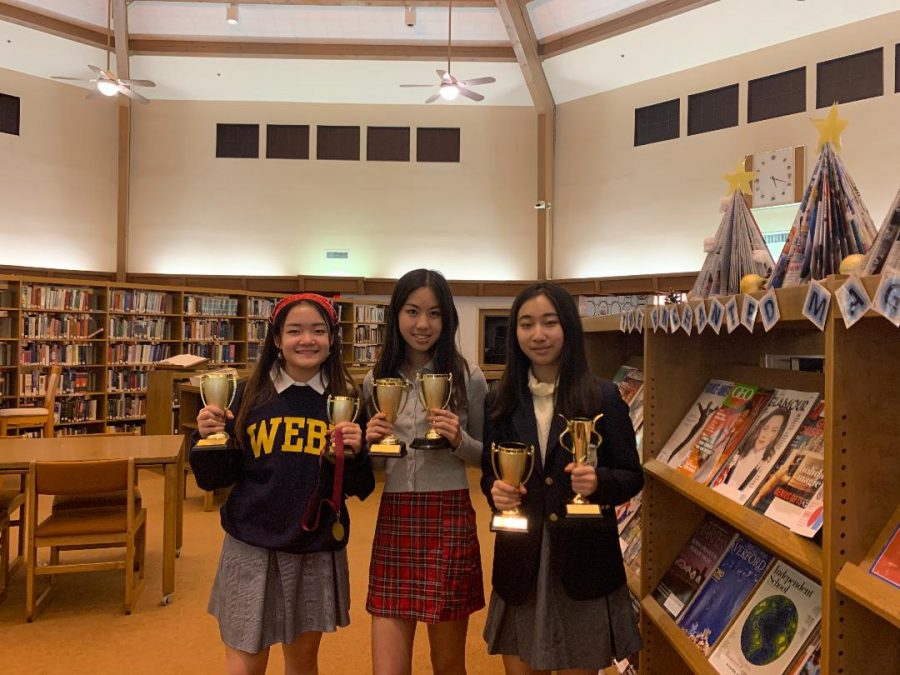 With final projects and summative assessments piling up as the semester comes to an end, the Webb debate team is pushing harder than ever. In addition to finishing up the semester, the debate team also prepared and hosted a tournament on December 15th.

The team met twice before the tournament on both December 7th from 3-5 p.m. and December 11th from 7-9 p.m. in order to conduct extra research on two topics. The first topic they researched and practiced was whether California should secede from the United States. Their second topic was about how “device encryption poses a threat to investigative powers and national security.”

Not only did the debate team have to research these two topics and familiarize themselves with them, but they also had to “prepare” for two impromptu rounds where they would not know the topic they would be debating until thirty minutes before the round. The team worked tirelessly, and their results reflected their hard work and dedication.

Catherine Chen (‘23) said, “I felt very prepared coming into this tournament. Debate takes a lot more preparation than you think it does, and when you dedicate your time and your energy to this, you feel very passionate about the topics. Overall, debate is a great activity.”

After competing in four stressful rounds against other very competitive teams, Webb’s debate team placed second overall with the greatest number of wins, and they placed fourth overall with the highest percentage of wins.

Not only did Webb teams succeed in the team category, but two debaters also placed highly in the individual section. Elaine Shao placed third overall, and Emily Huang placed fourth and was recognized as the best novice speaker.

Jessica Fisher, advisor to the debate team and co-chair of the humanities department, said, “Thanks to all those who came out to support the Webb team yesterday and thank you for being gracious hosts on our campus. We had a great time yesterday, and the event went very smoothly. There were almost 90 debaters in the tournament, with 31 teams attending, from 10 different area schools.”

Webb’s next debate tournament is on January 25-26th at Claremont McKenna College, where the team will prepare to debate against college-level debaters.