Why is there not a softball clinic at Webb? 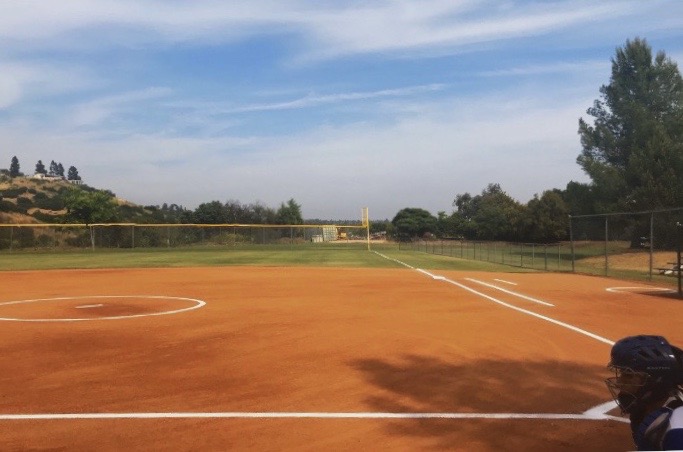 With the fall season concluded and the winter sports season thriving, the Vivian Webb softball team is looking forward to starting the spring season. After last year’s successful spring with 13 overall wins and 3 losses (81.2% win record), they are ready to dominate the league once again.

The team will gain many new players this year, including two experienced freshmen: Marina Seager (‘23) and Julia Fenner (‘23). There are also many players joining for the first time hoping to learn to play the sport.

Stevie Ortiz (‘23) said, “I’m nervous because I have not played softball in a while, and I won’t remember how to play going into the season. I definitely think having softball clinic would help. They have baseball clinic, so why not softball clinic?”

Although the team will have many returning players, it would be helpful to grow the players’ skills and teach them the game during the pre-season so that by the time spring season starts, the team will immediately be able to run complex plays and win games. Last year, the softball team had many rained out practices and games, so practice time was very limited.

Nina Luo (‘22) said, “I did not really feel prepared when league started. At first, I was really excited that I get to play since I’ve never played before, and I looked forward to learning the new sport, but then since the rain rained out the practices, I felt that I was unprepared and I was sad that I didn’t get to play until later on.”

After a successful season, the team is looking to not only make it to CIF again but to make it to the finals. Like any goal, the way to reach it is through hard work and practice. If other sports like baseball and tennis have increasingly popular clinics during the off-season, softball should as well.

In order for the softball team to be more prepared for their upcoming season, players can hope for a softball clinic afternoon activity in either the fall or winter seasons, so the team can thrive in the spring.

Although many are enthusiastic about softball clinic, there are many challenges that need to be resolved in order for softball clinic to be an option for an afternoon activity. A faculty supervisor is needed to take attendance, run the clinic, and keep everyone on track. Although the team does have captains, the supervisor is a requirement.

When asked if she would participate in a softball clinic, Chloe Stewart (‘20) said, “No, I wouldn’t, but not because I think softball clinic is a bad idea! I think it would be a great thing for both returners and new players to actually be prepared for the season since we have so little time to prepare, but I have a responsibility to my team and love playing basketball too much to drop it.”

The softball team also has a limited number of players as it is only one team, so for a softball clinic to be an option, a significant portion of the team would need to be a part of this afternoon activity. However, many players are a part of other sports and programs that would interfere.

On the other hand, a softball clinic is a great way for players to interact before the season. Because the program receives so many new faces each year, the team would be able to bond before the season actually begins. A clinic would ultimately improve gameplay as the team has a better sense of trust between each other.

On top of this, the extra practice would be extremely helpful, especially for new players who may have no experience with the sport. The clinic may even be able to bring in more players to the team who feel more comfortable learning about the sport before playing competitively in the spring.

Steve Wishek, Director of Athletics, said, “There would be a definite possibility for softball clinic. If we are going to expand resources on it, whether it is with a faculty member or non-faculty member, we still need a minimum number of students to participate for it to work. Usually, we are looking for around six or seven members as our minimum. As of today, we have around sixteen girls signed up for softball for this season, so if that number holds, and there is a desire from those students to do softball clinic, then we can absolutely make it happen.”

If there is enough participation, a softball clinic is a very real possibility. It would be very beneficial to the team and provide a new, fun option for a winter afternoon activity. It is a great way to bring in prospective players and build on the skills of current players to ensure a fun and successful spring season.