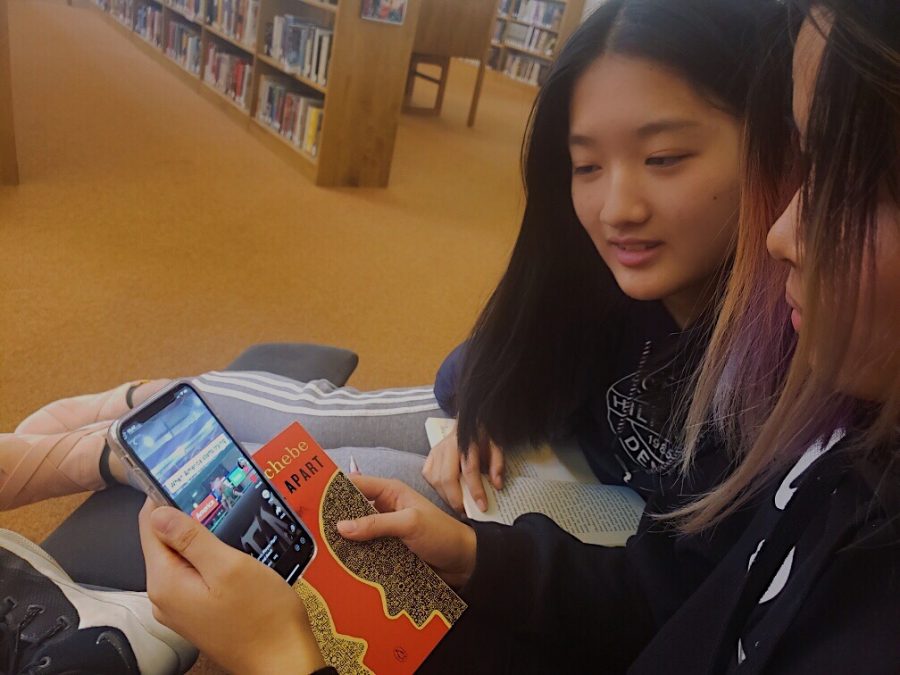 TikTok is an online platform where people can post relatable and humorous content about their lives. Whether learning to do the “renegade” dance or watching Charlie D’Amelio on your For You Page, TikTokers share similar experiences while using the app. The For You Page acts like an Instagram feed, but instead of people sharing photos, you can watch famous users’ videos.

However, the relatable content that was once posted has now progressed into expressions of political opinions, amusing videos about World War 3 and the draft, gender issues, gang issues, body shaming, and other topics that are appropriate to post on the app. TikTok started out as an app where people could sing, dance, create, and share their talents, but now it has evolved into a contentious app where users argue about certain issues and stir up conflict.

“I think that political content should stay off the For You Page because TikTok is supposed to be an app where people go to get a laugh or brighten their day,” said Brandon Martin (‘21), Webb’s most famous TikToker. “TikTok has changed recently from a fun app to becoming more serious. I think that people have become offended by every piece of content they see and because of this, real and genuinely funny content is being blocked from the For You Page.”

But an ideal politics-free TikTok may never become a reality.

When the rumors of World War 3 started trending on TikTok, anxious and battle-ready teens took to social media to discuss their qualms over the current national political discourse. Whether it was out of pure patriotism or terror, the For You Page exploded with videos about the potential war drafts. According to CNN, the excitement for the draft was even expressed in the broader world as U.S. men aged 18-25 stampeded to input their names into the Selective Service, even crashing the website.

However, these “jokes” have managed to unearth topics some would rather not see. Through the app advertising to able-bodied men that they have to be either part of the LGBTQ+ community or a female to avoid the war, it reinforces negative stereotypes that many have fought to erase.

Portraying these identities as an escape not only belittles women and the LGBTQ+ community but portrays them to be “unfit” for current world situations.

Young adults and the media should take these videos as signs that the younger community is frightful of what may happen next on the issue in Iran.

In the past, TikTok has been a platform that has managed to inspire and empower women and the LGBTQ+ community; it should not let its good name be tarnished by these new trends.

For example, TikTok advertises the “ideal” body shape for women. By showing extreme weight loss transitions, and what people expect others to look like, the app promotes unrealistic portrayals of beauty, furthermore creating a hostile environment for those who do not fit in.

Lizzo, an American singer-songwriter, appears to be a victim of the abuse. Videos depicting her body size, being used as a weapon in the war against Iran is the most grotesque form of body shaming.

Additionally, videos of teens throwing around infamous gang signs are currently trending on TikTok. Yet whether the teens know what they are doing or not, imitating these motions can be dangerous.

“We live in a society in which young people already have this inherent existential fear of the world ending or just constant uncertainty about the world, its climate, and just the state that we are in,” said Arielle Brosh, humanities department faculty. “I think that people have turned to things like TikTok and Instagram and memes to sort of cope with all the horrible things that are going on in the world.”

TikTok is beginning to join the dark side. With videos of forgotten burnt babies and upsetting your kidnapper, these videos cross the line between wholesome jokes and upsetting humor. App moderators need to regulate videos more in order to ensure that all viewers are comfortable with the content posted.

While there are many other platforms to express one’s personal opinion, TikTok should not be the place to mock people, attempt dangerous stunts to get “TikTok famous,” mess around about important issues, or cause controversy. Instead, TikTok should highlight people’s accomplishments and serve as an app that people can go to for enjoyment without encountering troubling videos that are already disturbing social harmony. In the future, users should be more aware of the kind of content they post and how it will affect other users’ experiences on the app.