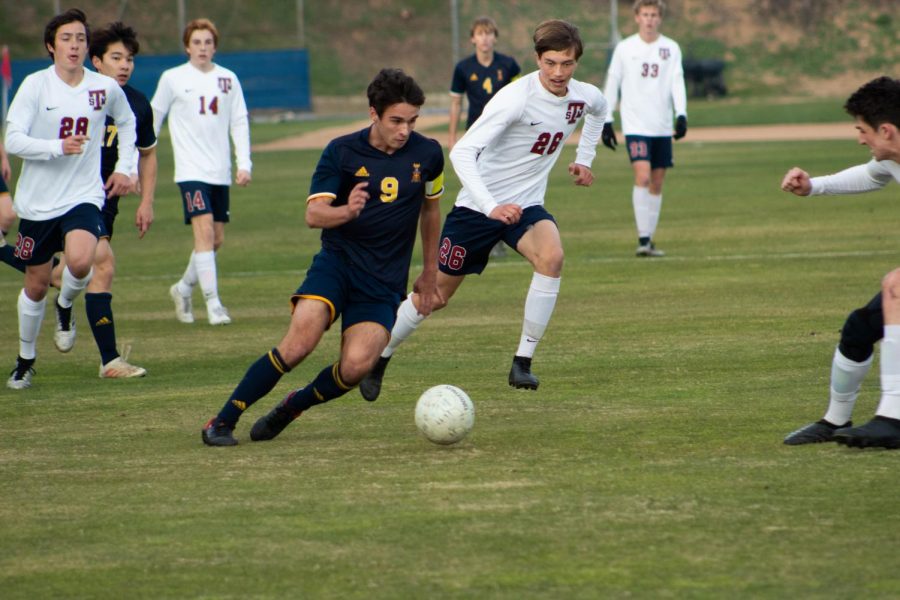 On Thursday afternoons, if a student starts to walk down Gym Hill, they can first get a glimpse of the basketball game in the gym, hear the loud music at the pool with girls water polo players, and pass some triathlon athletes. When they reach the pool, the view of soccer players in their navy uniform would naturally appear – the WSC soccer team often plays at home on Tuesdays and Thursdays.

The chilly afternoon of Thursday, January 16th was no exception. The WSC varsity soccer team had a league game against St. Margaret’s Episcopal School on Chandler Field. WSC finished the game with an astonishing result of 3-1. Before the matchup, St. Margaret’s had a record of 9-5-2, while Webb held the record of 1-7-2.

Before the win, the season had been rough for the team. With some players still competing in cross country CIF, others disqualified for half a season because of the CIF transfer rule, and some having to sit out as club soccer players, the team struggled in non-conference games throughout last November and December.

“It’s been a season where we have been slowly building up,” said Greg Gerken, head coach of the WSC soccer team. “It has been quite some time since we had the full team because of club soccer and CIF rules.”

“We had a rocky start, but our goal is to peak later in February,” said Xander Kong (‘22). “Mr. Gerken talks about writing our own story, and I think last game was a very important page of our story.”

The Tartans are no strangers to Webb’s soccer team. In the past four years, they have competed against each other, with St. Margaret’s dominating all the games, including games played on December 11th, 2018 and January 18th, 2019.

“We played St. Margarets two years ago and tied, and last year we lost twice, with one of the games being a close game,” said Mr. Gerken.

Despite losing the previous matchups, the Gauls were in it to win it in their most recent game against the Tartans as soon as the game started.

“Even though we lost twice last year, we are more prepared as a team and more tuned in to beat them this year,” said Xander.

“We had a really good start to the game, and it was what I have been talking to the players about,” said Mr. Gerken. “Scoring a couple of goals helped set a positive tone for us, and it helped us feel more relaxed into the game. Having a really good start was the key, and we were pretty organized defensively. We’ve had  players try different positions, and they all did a good job accepting their new roles.”

The Gauls changed the scoreboard three minutes into the game, with Liam Gerken (‘20) playing the corner kick short to Jimmie McCloud (‘22). Jimmie crossed the ball to Jonathan Yu (‘22) to finish with a goal. In the first half of the game, Liam and Jimmie both scored for the Gauls – the first half ended with 3 to nothing.

“The drills we did in practice were very helpful,” said Jonathan. “We have practiced doing short corner kicks and playing defensively…We played tough and were focused, and I would say that everyone did a very good job. After scoring three goals in the first half, we were all determined to win the game.”

Although the Tartans scored a penalty kick in the second half, the Gauls secured the win by working hard and playing strongly throughout the game; the win against St. Margaret’s is very meaningful for the Gauls.

“We did not have a very good winning record before the game against St. Margaret’s,” said Jonathan. “The win definitely encouraged us to work harder, and it boosted our confidence a lot.”

“The game was like a statement game. We have proven to other teams in the League that we are still a quality team,” said Xander.

“I think that it was a big win for us, and hopefully it starts the snowball as we continue forward. It’s definitely a game that we will continue to build out of,” said Mr. Gerken.

Although spring season is approaching, the soccer team still has a long way to go – the boys will keep up with the hard and good work, and they will play strongly against any future opponents. 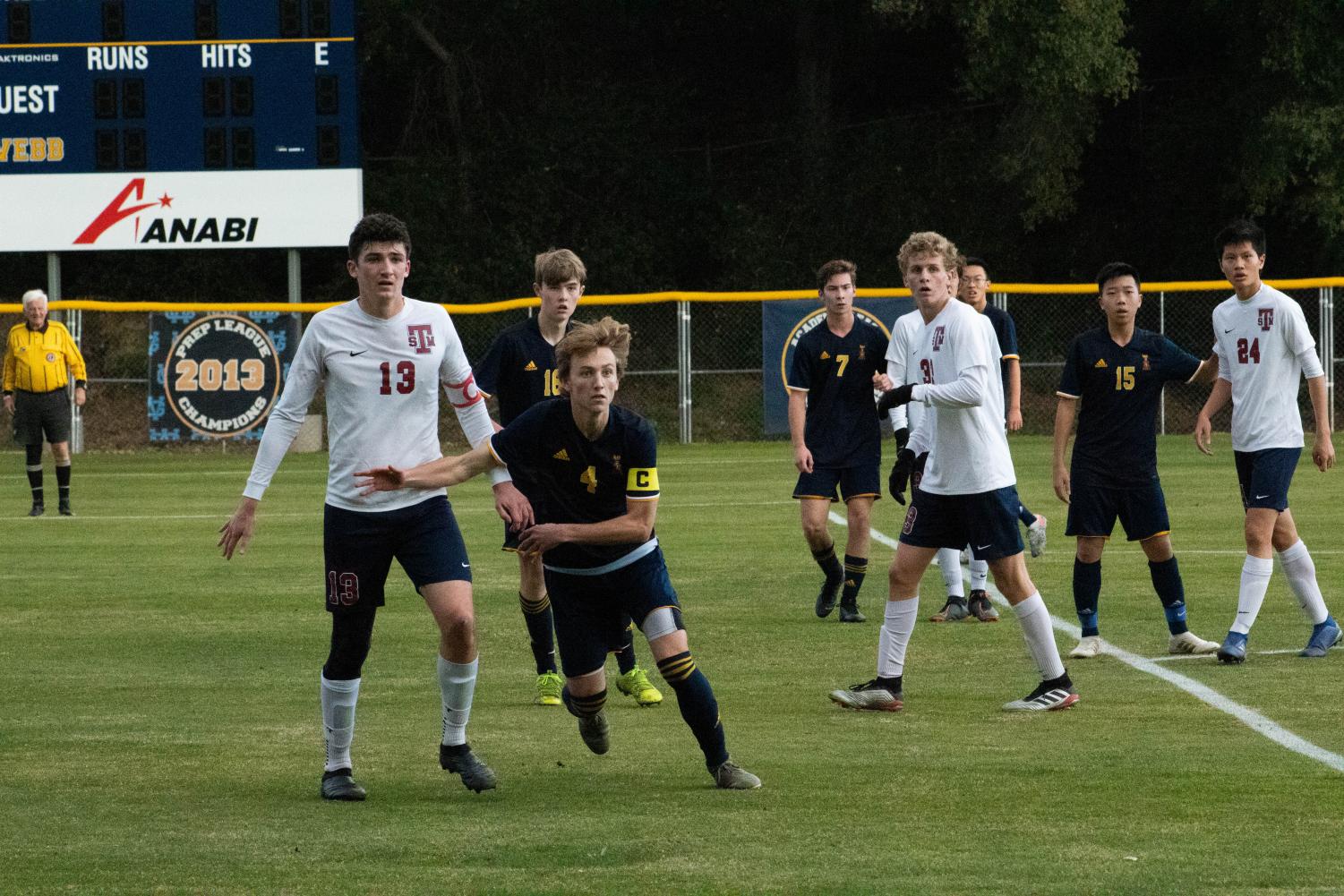 Colin KidwellPlayers fight for possession of the ball. 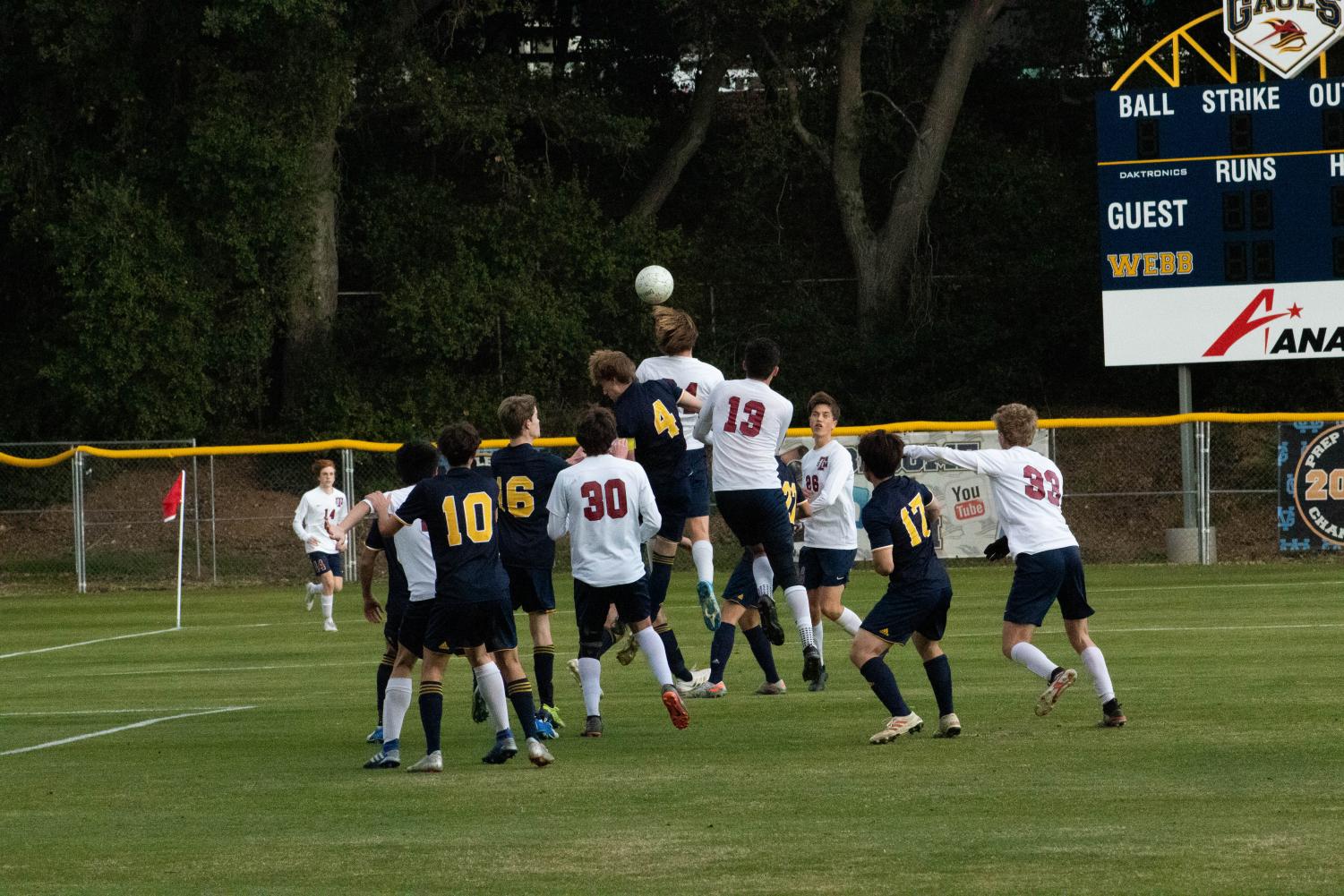 Colin Kidwell (’20)Players fight for possession of the ball.

NOTE: Jonathan Yu (’22) is the brother of the author of this article.