Oscar nominations came with a BANG 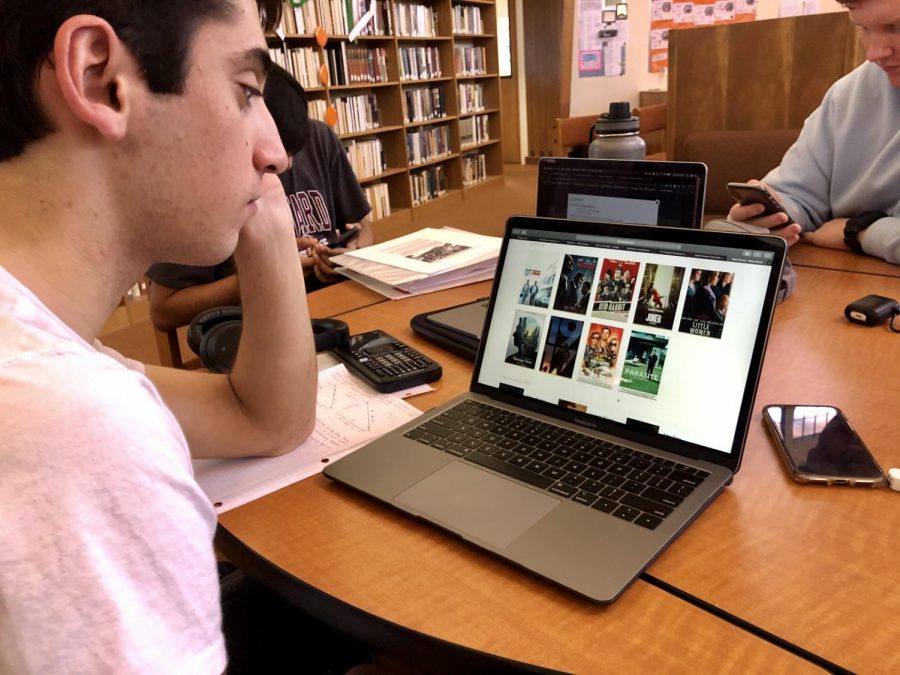 Early morning on January 13th the Oscar nominations were announced. The announcement came with mixed reactions from critics and people in the Webb community. One of their key points included the lack of representation of women and people of color on the list of nominees. It appears the Oscars is back to being male-dominated and “so-white,” a term used to describe the 2015 Oscars.

The nominees for best picture include:

Although the nominees for best picture were some of the best movies of the year, they were still all directed by men (with only one woman). Some people believe “The Farewell” deserved some love particularly because Awkwafina, the star of the movie, won best actress at the Golden Globes.

“I don’t typically care about award shows but I was hurt but not totally surprised that almost no people of color or women were nominated for almost anything… I’ve seen this for my entire life and now that people are realizing,” said Jenna Hawkes (‘21).

Speaking of best actresses and actors, the nominees for both categories featured only one person of color: Cynthia Erivo. She played Harriet Tubman in the movie “Harriet,” which is also nominated for an award in Music (original song). People were hoping to see Jennifer Lopez, Eddie Murphy, or again Awkwafina. Lupita Nyong’o’s absence also came as a shock considering her amazing performance in “Us.” Beyonce was also not nominated even though many people hoped for her to win a nomination for Music (original song) because of her album The Lion King: The Gift from the movie The Lion King.

“And I’m one of those people that thinks that representation is definitely not the cure to you know acknowledging the lack of inclusion and diversity in Hollywood because we know that Hollywood is sort of this liberal institution and that is like you know talking about how liberal it is and condemning Harvey Weinstein all of this great stuff but at the end of the day it really is all about money,” said Elle Brosh, humanities department faculty.

The Oscars went through this before in 2015 when the hashtag #sowhiteoscars started trending on Twitter after all 20 actor nomination spots were taken by white actors and actresses for the second year in a row. The Oscars did not experience a change in nominations until 2017 and 2019, which were years following online protests against the “so white” and men dominated nominations.

There are some Webb students in the community with different opinions though.

“The Oscars is supposed to be the best of the best so the fact there’s no women or people of color that were nominated for the best directors, I feel like because they have nominated people in the past, I don’t feel it is directly related,” said Matthew Gooch (‘22). “It feels like they look at the movie for what it is and there’s only five spot and the odds that not all those spots are not filled by men, I don’t know maybe there was just a lot of men directors this year.”

2019 was not filled with a lot of good movies considering that the domestic box office was down 4% from 2018. A majority of the well-received movies were from larger franchises that already bring in hundreds of millions of dollars. Disney accounted for about 40% of that box office revenue and small films were overshadowed by giants such as Avengers: Endgame and Star Wars: The Rise of Skywalker.

Some people believe nothing will change until the people who head the Oscars change the way they pick movies and rotate the people who are in charge of selecting the winners. Currently the Academy has been trying to increase the number of women and people of color members they have on their board but people believe it is not enough if this trend of mostly white men nominees keeps happening.

To see who comes out on top, the Oscars premieres on February 9th, at 5:00 pm Pacific time.