Social media is a dominating and dangerous news source 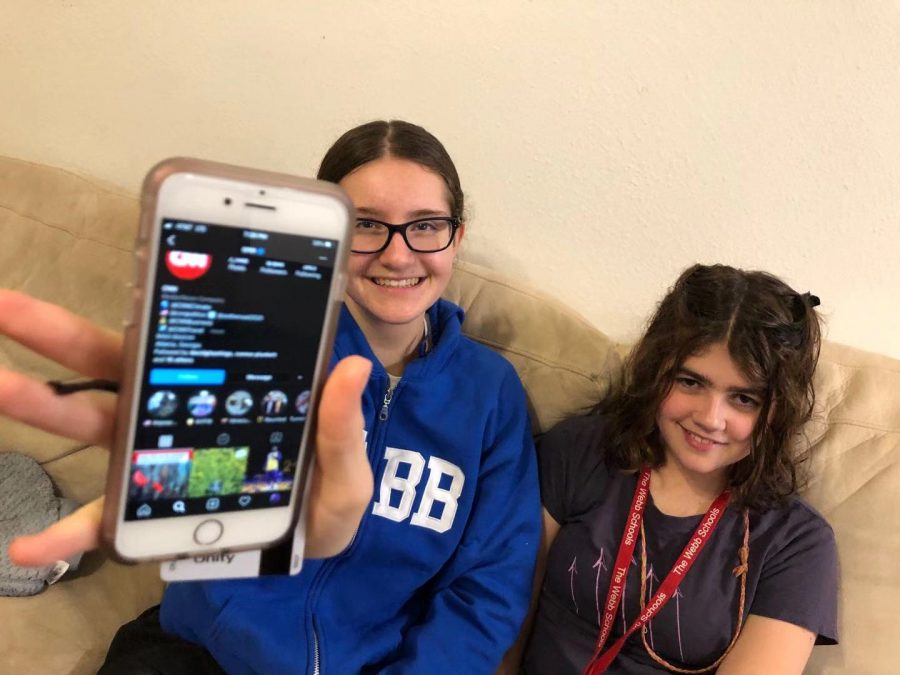 On Sunday, January 26th, the tragic news of Kobe Bryant’s death spread across the world through news sites, on social media, and by word of mouth, bringing grief to many people. However, few actually acquired the information from official news sources like newspapers, radio, news websites, and news apps.

As we live in the digital age, social media and the Internet are transforming and taking over our lives. Likewise, information spreads very quickly on the Internet, both correct facts as well as fake rumors. For instance, the misinformation about the Australia fire on Instagram is one of the many examples of how fast information, especially that which is inaccurate, can disseminate from person to person.

As technology leads the way, our daily consumption of knowledge also becomes different. Print newspapers are slowly being replaced by digital news sites; many news institutions have opened up social media accounts, as people now tend to use Facebook and Twitter more often when consuming the news. Even WeChat, a communication app, includes official accounts for news sites that provide users their daily consumption of news.

Social media news platforms have made news reading a completely new experience, and many news readers find the experience more participatory — with social media, they can comment and forward news posts conveniently.

“I do follow news sources on Instagram,” said Matthew Gooch (‘22). “Following major news sources on social media is important because you get the main idea of what is going on. It’s a good way to learn what’s going on in the world efficiently.”

Even at Webb, one can see the effects of news source transformation. Regular radio broadcasts, newspapers, and news sites are replaced by Instagram posts and stories, Facebook posts, Twitter posts, and Snapchat subscriptions.

“I mostly get my information from social media, friends, and email notifications from subscribing to CNN,” Alice Phung (‘21) said.

When it comes to breaking news, people’s skepticism of social media as news sources tends to surge. In order to confirm the news, people tend to use search engines to double-check. When people learned about Kobe’s death, many had to check in with official news sources to verify.

Webb students who receive their news from social media outlets are often skeptical of its credibility.

“We really need to be aware of where we get our news from,” said Nikhil Jindal (‘21). “I was with my friends [when I heard the news of Kobe’s death]. My friend’s mom saw the news on Facebook and told us about it. We researched it after that to know for sure because there’s a lot of rumors going on nowadays.”

“I was in the car, driving to a new year celebration,” said Alice. “My brother learned the news first and told us. After that, my whole family went on their phones and looked up on Safari on actual news sites because the news was very shocking. We don’t usually do that, but it was just that the news was very hard to believe, so we had to confirm.”

“I definitely doubted [the news] at first because he [Kobe] was so young and he had been traveling in helicopters for so long,” said Matthew. “We have also heard false rumors of death, so it was important to confirm whether it was true.”

With the prevalence of fake news and distrust of media platforms, people are becoming more skeptical. The more people come across false news reports, the more distrust they hold for the news sources and even the journalism industry.

“I get my news from a variety of sources,” said Matthew. “Online, there are many reliable sources, but there are also as many unreliable ones. I will research a topic and go to multiple sources. I also watch TV to learn news.”

“I don’t really trust [news from] social media,” said Gregory Tolmochow (‘21). “I read people’s stories and posts, but I would always look it up to make sure it’s real.”

Although the progression of technology makes our lives more convenient, we still have to be aware of the potential consequences. Today, as many social media platforms such as Snapchat raise privacy concerns, the prevalence of news stories on social media can also potentially lead to the fast spread of misinformation or rumors, hence the general distrust of the journalism industry. As a result, news readers of all platforms need to be critical and be able to detect fake news to ensure the authenticity of news reading from social media platforms, the new dominating news source in the digital age.