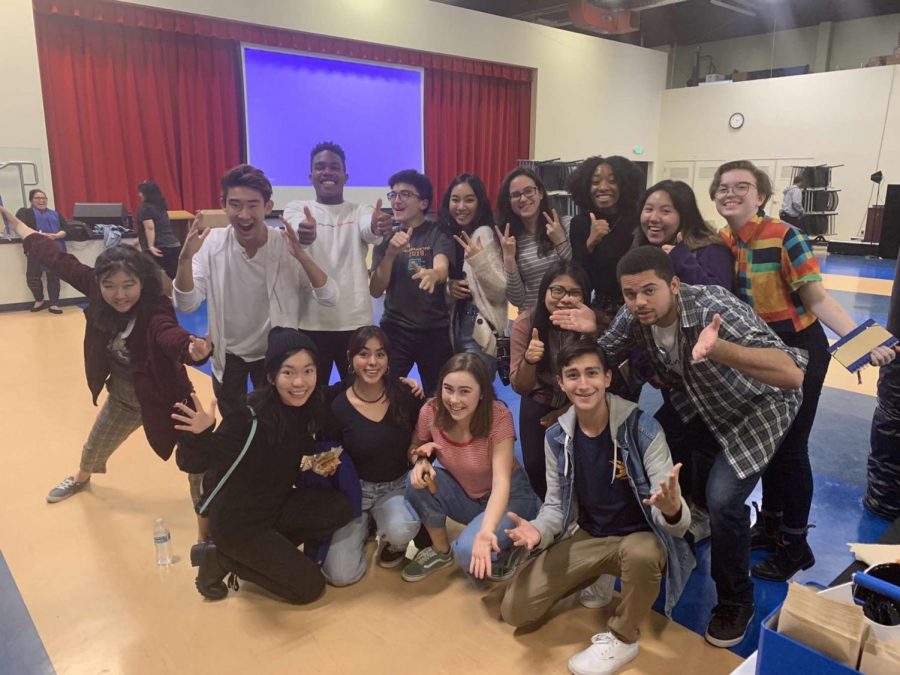 Webbies are awoken and burst with enthusiasm after the conference. Taken by SoCal POCIS representative. Graphic courtesy of Nichola Monroe.

As Generation Z gets older and more active in their communities, their impact becomes stronger. Students Stay Woke is a student-led, local Southern California diversity conference organized by independent schools in the area. It is a place for today’s youth to come together to find a comfortable space to escape day-to-day cultural oppression, but also a place of discomfort as they discuss diversity in schools and ways to eliminate any ignorance of cultural discrepancies.

Fourteen Webb students headed into Los Angeles on Saturday, January 5th, 2020, accompanied by John Choi, science department faculty, and James Huerta, humanities department faculty. Many of them were inspired by the students who attended the national Student Diversity Leadership Conference to attend a local conference.

“I want to improve how we interact as a community because the reason why many people feel they cannot express themselves is because of the things people say on the daily. When people use derogatory comments it creates a space that does not feel safe anymore,” said Hunter Lange (‘22).

“We were able to learn a lot more about our cultural identities, diversity, and how to acknowledge our own privilege in our school and in our lives,” Joanna Yap (‘22) said.

The morning began with short workshops for students and adults combined, led by groups of students from Crossroads School, Harvard-Westlake, and the Geffen Academy. Among other topics, these workshops explored core cultural identifiers, spectrums of agreement and disagreement, and how to change culture instead of image. The afternoon was spent in “affinity groups,” groups where people of the same identity came together to discuss commonalities of the members and issues that affect that group.

The students’ self-acknowledgment of privilege and diversity in the room established a space free of judgement where they could be confident in their own identities.

“I was really excited to be in a place where I could express my full identity without being judged by others. You can just blatantly say whatever you identify as and everyone if supportive rather than judging, and you do not have to worry about being treated differently based on your identity,” Hunter said.

“[After] attending this conference, I definitely felt more confident about my experiences in identity as a bi-racial person,” Justin Martin (‘20) said.

At Students Stay Woke, students supported and helped build confidence in one another. It was a learning experience that revealed the mutualities in schools, affinity groups, and communities, and it kindled a driving force in students to affect change in their surroundings.

“One of the students said their school held a similar 3-day workshop to Students Stay Woke and I think Webb should definitely do that,” Joanna said.

Our community is constantly shifting as new students enter and graduating students depart, and attendees of Students Stay Woke hope to make a shift for the better in collective Webb culture and lifestyle.

“I think these conferences are an amazing opportunity that everyone should go through because you’re in an environment where everyone wants to be, wants to learn, and wants to help make change,” Joanna said.

Another Students Stay Woke conference will be held on March 7th at the Crossroads Upper School for those who want to learn and want to help make change.