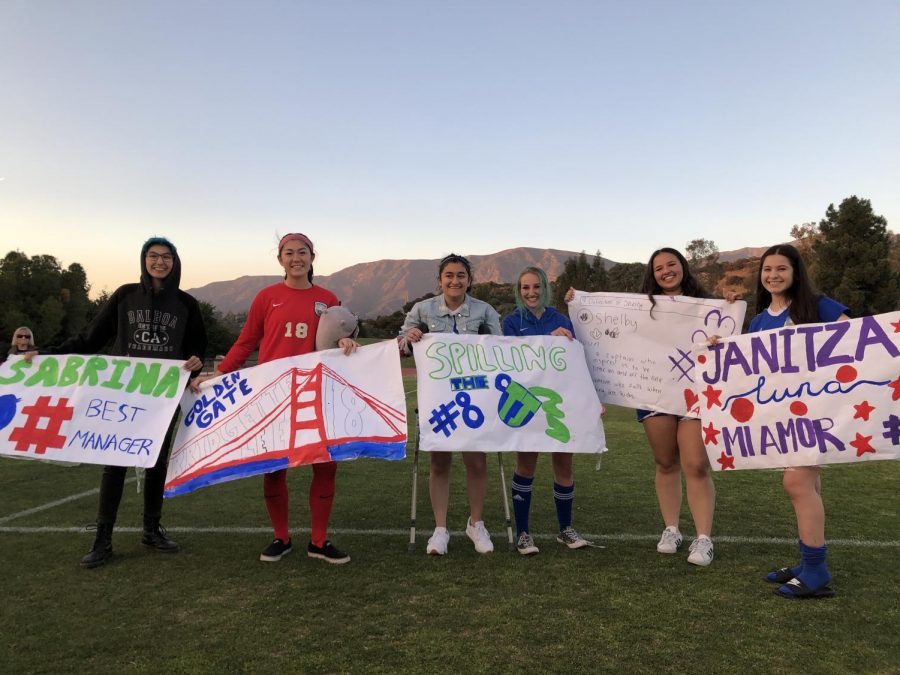 Last summer, Webb students spent the longest break of the year in different ways — dispersing themselves across the state, country, and globe. Many students traveled to Europe to support the United States women’s national soccer team competing in the World Cup. Some were even lucky enough to witness the United States women’s national soccer team (USWNT) win the World Cup title for the fourth time.

Like the National team, the VWS varsity soccer team is strong and competitive in the Academy League. The VWS team has clinched back-to-back League Championships with their 6-0 win over Cornelia Connelly School on the afternoon of January 28th.

“Winning the game against Fairmont Prep was exciting,” said Shelby Mokricky (‘20), co-captain of the team. “We lost the first game against them, so it was very accomplishing to win the second game.”

For the girls, the season has been successful. Although some starters graduated and left the team, the team was able to welcome players who brought new energy to the team.

“Soccer season went very well,” said Carly Granda (‘21), co-captain of the team. “We have a lot of good freshmen players, and the team is strong overall.”

VWS varsity soccer embraces its third League Championship title after finishing with a 13-1 record in league play. Collective teamwork contributes to the wins, but star players stand out. Abbey Cook (‘23), the forward player on the team, has scored 54 goals on the season, which broke the league record held by Emily Stepanian (‘19), who scored 51 goals in the 2018-2019 season.

“It feels good winning League Champions in the past two years,” said midfielder Julia Patronite (‘21). “Different players come, and we lose players, but we still manage to keep the core mentality and our playing style consistent.”

Now that the girls have finished all league games, they are concluding the season with some challenging non-league games before heading into CIF; on Tuesday, the team will play against Arlington High School, a team in Division 5, and won by 302. On Thursday, they will travel to Vanguard University for the match against Pacific Christian High School, a team also in Division 6. Playing better teams in different divisions will challenge the girls who are used to huge-difference wins, but they are ready to embrace the challenge and take a step forward before playing CIF games.

“After the season is over, we are playing stronger teams to get ready for CIF,” said Carly. “I really look forward to postseason games where we play better teams and make it further into CIF as a team.”

From beating JV boys last year in the traditional Webb scrimmage to winning League Championship titles two years in a row, the girls on the VWS soccer team have been powerful female athletes.

Last year, the team’s CIF streak ended at the quarterfinal match against Ontario Christian School in Division 6, and this year, the girls look forward to maintaining the same stunning record and advancing to the finals. Next year, the VWS varsity soccer team is expected to move up one division to Division 5 and play against even stronger teams. Although the postseason games and next season will become more challenging, like the WSC soccer team, VWS varsity soccer is excited to write their own stories through scoring goals and goaltending.