Reducing meat consumption contributes to the protection of our planet 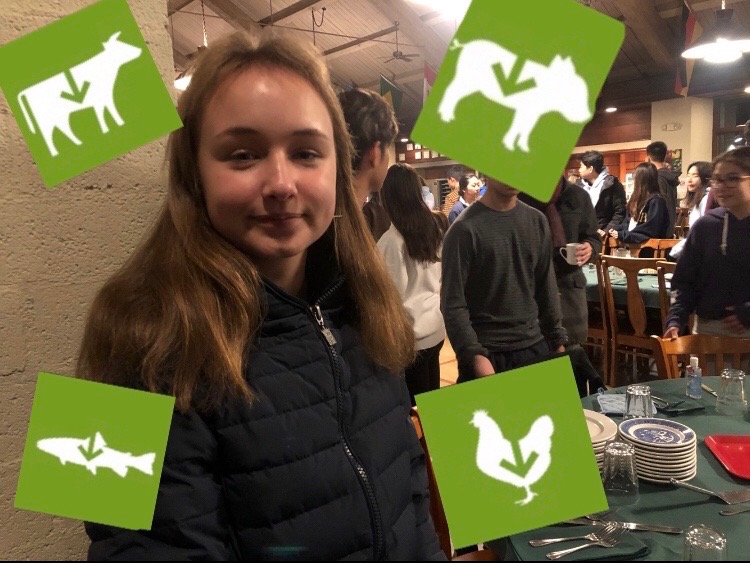 Whether on social media platforms or online new sources, switching into a vegetarian or vegan diet to help protect the planet has become increasingly popular among our generation. Climate change is more visible in the public eye than ever before and has become a major policy issue for Democrats. Because of climate change, students around the world are protesting. Time Magazine honored Greta Thunberg as Person of the Year for her pioneering ideas and climate strikes.

People around the world are also taking measures to protect the environment. Most people understand the importance of recycling, saving water, and not littering. These measures require minimal sacrifice and do not ask people to make significant lifestyle changes.

However, this approach may need to change as scientists are now calling for people to reduce the amount of meat they eat.

According to the Food and Agricultural Organization (FAO), livestock account for around 14.5% of human-generated greenhouse gases globally—second only to fossil fuels. Livestock, particularly cattle and sheep, are resource-intensive to raise, requiring large amounts of water, crops, and space. Moreover, only a fraction of the calories that livestock consume are transferred to the human body through meat-based products.

“As I am aware of the environmental impact of unethical and unsustainable farming, I try to reduce my beef and pork consumption on a daily basis,” said Michelle Gerken, Dean of Faculty. “There are social and cultural consequences of becoming a vegetarian, but it feels good to know that I am trying my best to contribute to the betterment of our environment.”

According to the Guardian, “Meat rearing practices risk mass extinctions of other animals, as well as spawn significant pollution of streams, rivers, and, ultimately, the ocean.”

Trees are often cleared to provide space for livestock, resulting in deforestation, with the Amazon rainforest being the most prominent example. Animals create waste that is often disposed into rivers and overgraze on grass can destroy ecosystems: the FAO states almost a third of biodiversity loss has been linked to animal agriculture.

Different types of meat vary in their damage to the environment. Cattle and sheep are especially inefficient to breed as well as need large amounts of land to graze. Climatecentral.org states that only one percent of the feed cattle consume is converted to calories that people consume from eating beef. In contrast, poultry converts 11 percent of their feed to human-edible calories. It may be possible to lessen the effects of the livestock sector simply by shifting our preferences. And of course, not every meat producer is the same. Consumers can choose to support those producers who are more environmentally-conscious.

Eating less meat may be beneficial to both society and individuals. Doctors have been pushing for years for people to eat less meat and consume more vegetables, emphasizing the health benefits of a plant-based diet, such as reducing the risk of heart diseases or diabetes.

Nevertheless, practically all types of meat are more detrimental to the environment than crops. Given the urgency of climate change, it may seem obvious that reducing meat consumption across the board is an obligation that everyone shares. However, it is important to consider the consequences that encouraging others to eat less meat would bring.

Livestock is a vital aspect of life for people around the world. According to the FAO, livestock contributes to the livelihoods of about 1.7 billion people in poverty and 70 percent of those employed in the sector are women. If all people were to suddenly become vegetarian, then these people would lose a substantial amount, or even all, of their income. One of the main purposes of conserving the environment is protecting humanity and giving our people a safe place to live. Taking away the livelihoods of nearly two billion people defeats the purpose of protecting humanity through conserving the environment.

Besides, going vegetarian is not just about what you eat—there are social costs involved. Going out to eat becomes more awkward when you are the only one not willing to touch a steak. Eating over at your friend’s is similar, as you may have to request a vegetarian meal from people who never eat vegetarian.

“Being vegetarian became socially horrible. I was kind of just sitting at home eating a salad. You become mean. That is not good for you,” said André 3000, a famous American musician and actor who was vegan for 15 years but gave up.

Webb consists of students and faculties with different lifestyles, opinions, and perspectives, and many of whom experience reducing meat consumption in their own ways.

“I became a pescatarian three years ago because my mom said it was good for the environment,” said Mariia Lykhtar (‘22). “At first when I just changed my diet, I experienced a strong craving for meats such as ham. However, after around three months, I got used to this new diet and I lost a lot of weight.”

“Around ten years ago my advisee recommended me [that I] watch a documentary called Fork over Knives,” said Nora Armbruster, Assistant Director of Athletics. “I became a vegetarian after seeing how cruelly the animals were treated in the process of meat production. While being a vegetarian, I have to be more mindful of my food intake, and I think my body feels a lot healthier and cleaner in general.”

“Personally, I am not a vegetarian, but I have been making an effort to adapt to a more plant-based diet because it reduces the carbon emission to the atmosphere,” said Shuci Zhang (‘23), founder of the Regenerative Committee in the Environmental Club. “My body feels a lot lighter when I try to eat more vegetables. As much as I recommend everybody to give it a shot, it is ultimately their own decision whether or not they want to reduce their meat consumption.”

Webb encompasses people with different experiences and opinions about whether or not it is necessary for our community to reduce meat consumption to benefit the environment. Nonetheless, exploring the pros and cons of maintaining a plant-based diet gives the Webb community insight into understanding climate change and thinking about our possible contributions to the earth.