2020 dance show tells a tale of breaking free from shackles 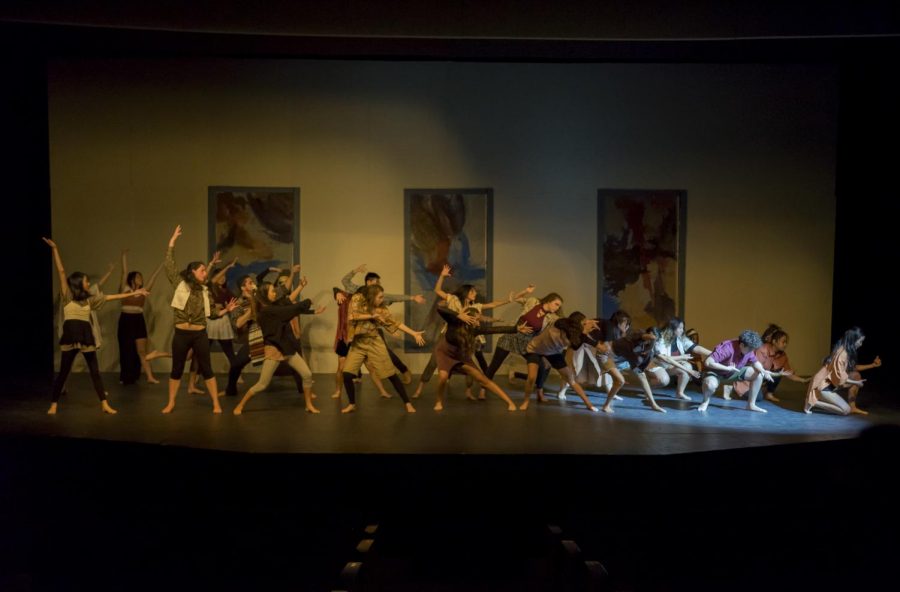 Through every elegant flutter or jump, dance tells a unique story. This year’s dance show was a spectacle that left audience members amazed by its meaningful message.

The show explored a relationship between the three pre-World War I paintings: “O, Romeo, Romeo Wherefore Art Thou Romeo?,” “The Remorse of Judas,” and “The Lament for Icarus.”

In the show, the dancers divided into groups that personified the paintings. These entities served as autonomous units, their stark and stagnant movements all following an ordered pattern. It appeared as if they were searching for equilibrium, something that could bring balance and structure to the chaos of war around them.

Furthermore, the dancers were looking for something that could release them from the constraints of telling a one-sided story. The dancers turned the paintings into more than just mere images; they told stories that gave meaning to the art.

The dancers who personified the paintings in the show tried not to “seem.” The performers achieved this state by breaking out of their frames and narrating the story themselves. Their movements conveyed to the audience that they can take this practice into the real-world and posed the question of what it would mean for the audience members themselves to follow after the dancer’s lead.

“I wonder what it might be like for you to be, rather than to seem,” Mr. Szanyi said.

The dance show has left the Webb community with an impactful lesson. We must truly learn “to be rather than to seem.” Our lives cannot be filled with aimless bystanders or audience members. But instead like the dancers, we should strive to narrate our own lives and truly take control, no matter the circumstances.