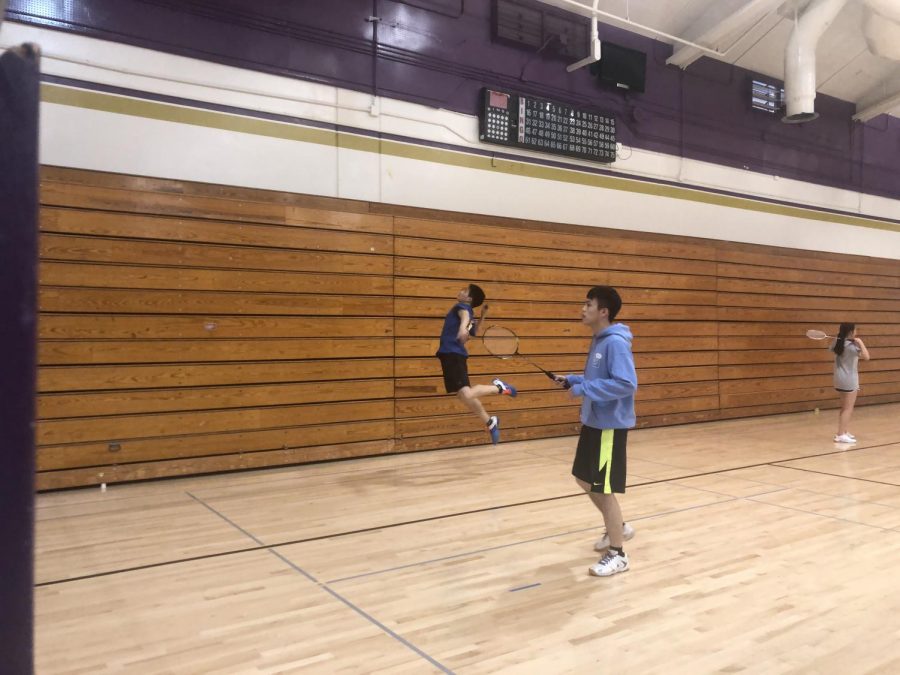 Did you know that badminton is Webb’s one and only Division I sport? Although this racket-sport commonly hides in tennis’s shadow, many underestimate the agility, quick-thinking, and light hands required to succeed in this game.

The WSC and VWS badminton teams contain 62 players in total distributed across three levels: varsity, JV, and exhibition. On the afternoon of Friday, March 6th, they competed in their first away game against Cabrillo High School. After two seniors graduated from varsity last year, the varsity squad welcomed several returning Webb athletes transitioning in from JV, but no new badminton athletes.

Varsity players and JV players battled aggressively against Cabrillo players for approximately four hours. Towards the end of the game, players gathered on the sidelines to cheer each other on enthusiastically with the iconic “One more!” Webb badminton mantra to boost the team spirit.

One highlight of the game featured the JV mixed doubles team of Fiona Jiang (‘22) and Victor Zhang (‘22), who won one of their sets 30-29, an unprecedented first for the badminton program.

“It was a long game,” said Fiona Jiang (‘22). “I felt exhausted, and it was my first time playing with Victor. Mixed doubles was a very intense and stressful experience, especially with everyone watching, but I felt better when my friends cheered us on for every point we scored.”

Ultimately, JV clinched a 11-10 victory, while varsity lost 10-11. Webbies said farewell to Cabrillo with one final cheer and ended the day with a delicious assortment of Friday night pizza at Cabrillo’s home gym.

“Imagine getting 46 points in two sets and still losing the game,” said Jimmy Feng (‘21), a returning badminton athlete transitioning into varsity from JV. “Leo and I played boys’ doubles and the scores were 21-23, 23-25. I still feel very, very sad because we could’ve won. I learned that Leo and I should play more together to gain more experience and that we should both play consistently aggressive, even at the end of games.”

“Everyone played their hardest today,” said Coach Kevin Quick. “That is what we as coaches ask for is that you try your best. I know everybody will continue to play hard and improve throughout the season, as I always remind them to get better each day, each practice, and each game.”

Although varsity fell short during their first away game, it nonetheless prepared the players for more future games, where they will battle for “One more!” each and every time.