How the coordinate model divides gender in our dorms 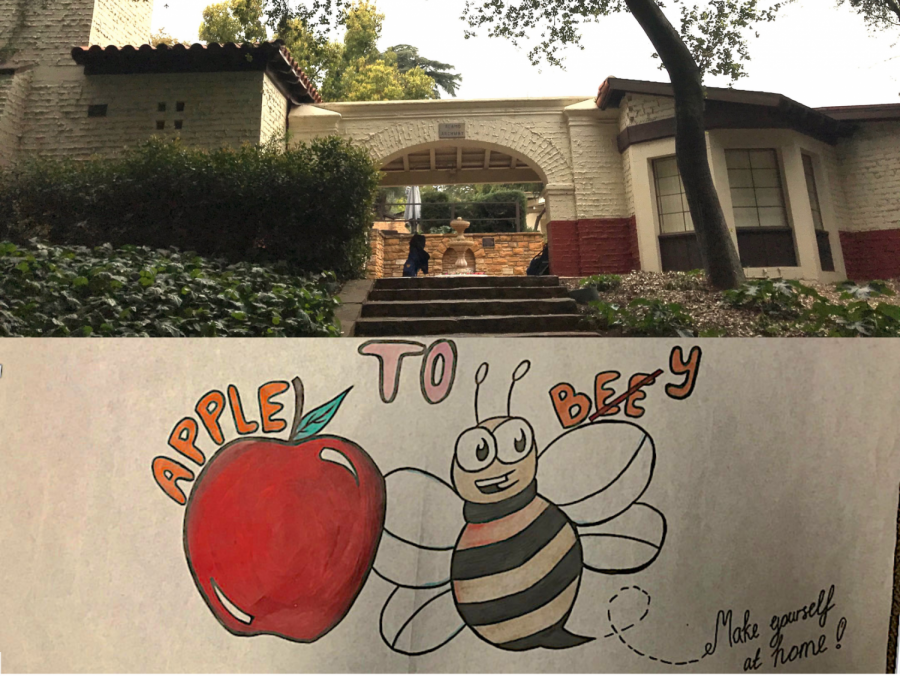 Alamo and Appleby are brother and sister dorms, yet their interactions are limited to whole campus events.

In the last few years, the concept of gender has shifted from being purely black and white to a much broader spectrum. All-gender bathrooms are becoming more common, people more often introduce themselves with their personal pronouns, and gender equality has turned into equality for anyone whoever they are, rather than just men and women. At Webb, however, we constantly find ourselves being caught in the constraints of the gender binary, through our two-school model.

The “coordinate model” came about when the Vivian Webb School was founded in 1981. In an effort to keep VWS and WSC separate, the two-school system was born. Originally, the two schools were completely separated with two heads of schools, two business offices, and even two boards, one of everything for each. The founders of VWS were excited about the solution they had come up with by creating a separate school to appease the board.

Later, of course, the schools were combined. Now we have one business office, one advancement office, one head, and one board.

These two schools were established and designed based on two different genders, and the school’s traditions and structures grew upon this separation. We see the results everywhere we turn: separate chapel, separate classes, separate senior treks, separate start-of-year ceremonies, and even separate commencement ceremonies. How does this separation translate to today, in a time when gender is no longer binary?

According to Webb’s values and beliefs about gender, our school strives to be an inclusive school that supports students in their experiences with gender at Webb and creates a comfortable environment for all students, regardless of their placement on the gender spectrum.

“Gender is becoming fluid in a variety of ways. It is permeating our vision for the future. We have a school that was built on a binary structure and we are currently trying to adapt and evolve to a non-binary approach to gender,” said Ken Rosenfeld, Dean of Campus Life.

But while we can easily begin creating a culture of inclusivity towards all gender, the transition in the dorms is not as easily accomplished. And the severe differences between the girls’ and boys’ dorms only hinders change even more.

“It’s not fair that girls are locked in and boys are not. It is also not good that our dorms are separated, the girls and boys dorms are very different,” said Doris Yuan (‘20), co-head of the VWS dorm council.

Besides this inequality, another difference is that boys’ dorms are outdoors, while girls’ dorms are indoors, and WSC room selection is done by ranking out of the entire school, while VWS room selection is done via ranking within a grade. VWS and WSC have completely separate dorm councils that do not interact and work together besides for events. And most obviously, boys have singles and girls have doubles.

VWS began as a day school, the 31 pioneer girls did not board at Webb until their second year. The first dorm to be built was the Hutchinson Dorm in the early 80s.

As the years progressed, more dorms were built and converted and the schools became more integrated on campus. But dorms traditionally have always been separated by gender, like our schools, so there are natural differences just because girls and boys are different. As more people are coming forward as trans or fluid and saying that they are not comfortable in their assigned dorm, the need for an alternative has become more pressing.

Boarding schools similar to Webb have begun their processes of generating a more gender-inclusive housing system by incorporating all-gender dorms.

The Phillips Academy Andover and the Phillips Exeter Academy both introduced their first all-gender dorm in the 2017-2018 school year. The dorms are open through an application process for interested students along with parental input. The school has not had any pushback from its board of trustees, faculty, or students.

The small, 11-person dorm has been a welcome addition to the Andover campus. In fact, residents in the dorm even say that toxic aspects of single-gender dorms, such as boys are tough, girls are nurturing, etc. are eliminated because students living in the space do not actively reinforce gender stereotypes.

If Webb developed its own all-gender dorm, where it would be, what prefect system it would operate under, how would room-selection work, and should acceptance into the dorm be limited to those who are part of LGBTQ+? There were rumors about making Alamo an all-gender dorm; it is small, the rooms are far apart, it has two faculty houses, and it is in a very accessible location. However, because of its history as the first dorm at Webb, students do not believe that Alamo will ever not be a boys dorm.

“I don’t think that there will be an all-gender dorm because it’s harder to manage with all the policies and there would need to be a lot of rules. It would take a longer time to create,” Mia said.

There is still hope for gender inclusivity at Webb and the dorms, as students at Webb have the ability to cultivate their environment, such as coming up with simple steps towards a more gender-inclusive campus.

“There are students who use they/them pronouns and there are multiple trans students in the freshman class, so even though there is a binary system here, there are students that identify along the spectrum. I feel like the image Webb puts out to the public is a lot less-binary than the actual culture here,” Hunter Lange (‘22) said.

“We’ve spent a lot of time thinking about how our school could be a great place for transgender students, but non-binary students are also a topic for discussion,” said Dr. Theresa Smith, Assistant Head of Schools.

Under this light, the two-school model is misleading to students; Webb is trying to be more inclusive to transgender students, but still seems to be leaving out a whole group of people: gender-fluid students. How can Webb be inclusive if there is still no plan for how to accommodate students who identify with neither male nor female? Moreover, students do not hear of any of the discussion that campus adults have about the topic of inclusivity, making the change towards gender-inclusivity seem less visible.

“I feel like students are doing a lot like with the LGBTQ+ club with the flag, but I feel like the school is not doing as much,” Aliza Tyndale (‘21) said.

Lately there has been some talk about a senior privilege allowing students to sign in and out to all dorms, meaning VWS could go to WSC dorms and vice versa.

“One of the senior privileges being discussed is being able to go to each other’s rooms. If we sign out, we get to experience each other’s dorms,” said Doris.

However, there is some concern surrounding whether or not the dorms will remain a comfortable space for its residents in the presence of students from the other school.

“Being comfortable in your own home is really important, but if people want to study they do not always want to walk down to the library to meet with people from the other school,” Aliza said.

“I don’t think the senior privilege will happen because there is no way to ensure people’s comfort,” Mia said.

So even though students and administration are pushing for more integration at Webb, it seems like nothing can be done because we keep hitting new barriers.

“I know the concern is that we are moving too slowly, but we’re doing so out of care for the safety and comfort of students … What is delaying [progress] is mindfulness. Students want immediate change, but the administration needs to look at suitability in the long term,” Mr. Rosenfeld said.

Students are pushing for a more inclusive and integrated Webb, both in the dorms and out, but cannot understand why change does not seem to be happening. All the while, the administration is working to keep the two-school model present at Webb, which, based on previous evidence, is often one of the barriers we face. The students’ hopes for this school do not line up with the long term plans administration has, leading to misunderstandings of progress that is being made.

“I do think there is a generational gap. You all [the students] have progressed so quickly in your ideas about gender. It truly has been an exponential shift. I think we just need to have some time for those of us that are a bit older to process and learn about what you all are experiencing and thinking,” said Michael Szanyi, head of VWS dorm council.

So maybe the prospect of an all-gender Alamo is not the project Webb is meant to tackle yet. Maybe the first step on the path for gender inclusive dorms would be to integrate the dorm councils, as we continue to slowly break down the separation VWS initially had from WSC at its founding. Good change, however, takes time and care. Progress has to be for the long term, so before we can make it, we must find concrete and reliable ways to do so. There is still time for Webb to get past its issues with the coordinate model and find a way to be an accessible school to all those who wish to come here.