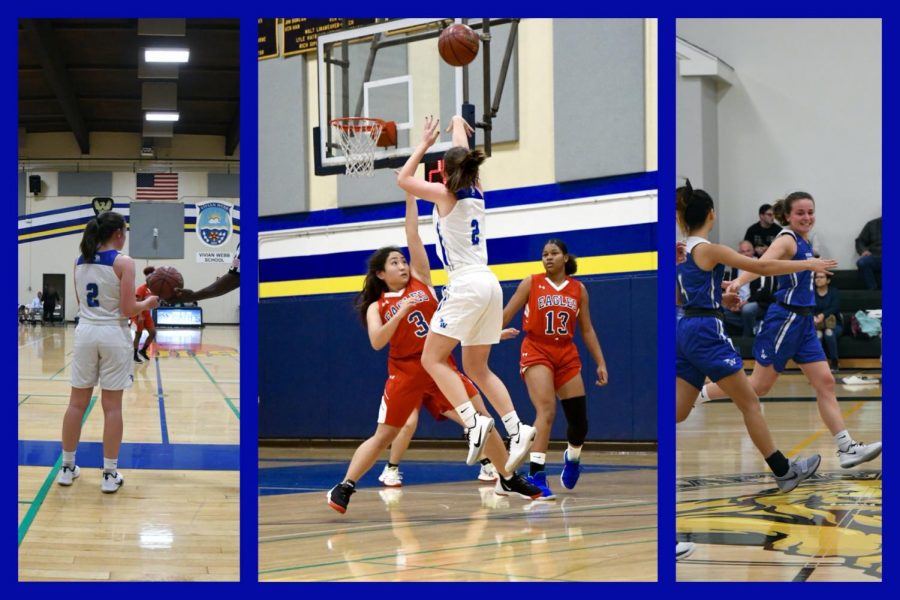 If you ever hear wild cheering coming from the Les Perry Gym or the softball field, it is probably because Chloe Stewart (‘20) did something astonishing. Chloe commands everyone’s attention when she is playing basketball and softball, and her hard work is noticed by many. Chloe puts in 110% every time she plays, and many are recognizing that she is not your typical student athlete; she distinguishes herself through her perseverance, competitive mindset, and leadership.

“Playing with Chloe makes me want to try harder,” said basketball and softball teammate Hannalise Davidson (‘20). “In this way, she’s an excellent athlete and leader. People can’t help but look up to her for obvious reasons. I’m going to miss hanging out, having fun, and playing the sports we love together.”

Despite the spring sport season ending prematurely, Chloe was one of four athletes awarded Western Athletic Conference (WAC) Athlete of the Year. The award recognizes Chloe’s one-of-a-kind athleticism and is an accumulation of all her achievements at Webb. Chloe was selected from a pool of athletes that included twenty four schools and players from all sports.

“There are so many hardworking talented athletes in our conference,” said Chloe. “That being said, I’m very honored and thankful.”

“[Chloe being awarded WAC athlete of the year] means she’s being recognized for her hard work and accomplishments,” said Ron Smith, head softball coach. “It means that others recognize her athletic ability without even really knowing her. Since her freshman season she has worked hard every day at practice, at games, and has shown leadership skills on and off the field that coaches can only dream of. I knew that I could always count on her. She always gave her best and encouraged others to do the same.”

“Chloe is a natural athlete that would do well in any sport,” said Coach Ron. “Her preparation and hard work is what makes her stand out to me. Plus, she is driven by a competitive nature to succeed in everything she does.”

Chloe has elevated the sports program at Webb, and all her coaches and teammates will miss her when she heads off for college.

Chloe will leave behind a special legacy where Webbies will remember her not only for her astounding athletic abilities on the basketball court and the softball field, but for her guidance for newer players and uplifting her teammates when they need it most.

“My biggest piece of advice is to just show up and stick with your sport,” said Chloe. “Fully being there and giving your all during practices can be grueling sometimes, but it really does pay off, and when you put in the time and effort, everything else will fall into place. It definitely won’t all be fun or easy, but it’s so worth it to see it pay off. Don’t overwork yourself and take a day off if you need it. At the end of the day, it’s just a game and not worth being stressed or unhappy.”

Whether she is scoring a 3-pointer on the court or hitting a homerun on the field, Chloe deserves to be recognized for all of her hard work and achievements. She will continue to make the crowds roar when she heads off to University of California, Santa Barbara to play D1 softball, and everyone will miss her ambitious, considerate, and bright personality.