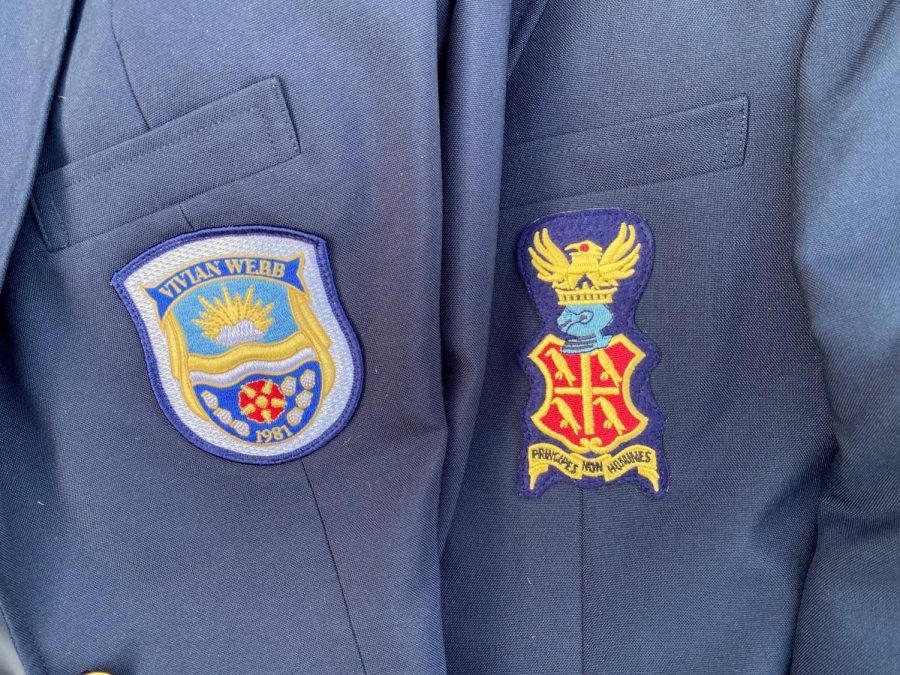 As Generation Z comes closer to the forefront of social change, ideas continue to evolve about gender equality. Nearing Webb’s centennial celebration, it is important to become more “Webb” than “Webb School of California and Vivian Webb School” to help reduce stigma around gender and become a more unified campus.
The Background
The prospect of integrating girls at Webb was an idea tossed around for about two decades before becoming concrete in the early eighties. According to the book Webb: 75 Years of Building Character, in early discussions, the thought was consistently shut down due to overwhelming opposition from alumni and board members.

However when a local girls’ college prep school closed in the late seventies, a group of parents helped reinvigorate and strengthen the road to creating space for girls at Webb. At the time, Webb was receiving less and less applicants, and there were “financial pressures on the school,” that prompted Webb to diversify.

The lack of support from board members to introduce girls at Webb is what brought up the idea to have a seperate school for girls at Webb.

VWS became a completely separate entity from WSC. Everything that WSC had, VWS had its own version of it. Since the schools were founded upon different values, variations in our traditions and values permeate our experiences at Webb.

Due to the division we feel from those variations, remnants from the complete separation of the schools still play out in almost all aspects of Webb.
Separation and Stereotypes at Webb Today
First of all, leadership positions at Webb are completely separated by school; we have two separate versions of each student leadership position available on campus, one for the boys, and one for the girls. Moreover, some of the more central ones, like dorm prefects and honor committee/cabinet, do not communicate all that much with each other. Consequently, significant decisions concerning students are not made together, and they are sometimes even made without the other group knowing.

And once more, our school mottos clearly enforce gender stereotypes. The WSC motto “principes, non homines” or “Leaders, not just ordinary men,” is one that encourages students to step up, challenge themselves, and come out as leading people in the world.

On the other hand, the VWS motto is “Wisdom, honor, friendship,’’ which for me, says that I, as a VWS student, should live an honorable life and appreciate my friends. Those qualities are good things, but I am not being pushed or challenged to become something like a “leader, not just” an ordinary woman. I also know many VWS students who would much rather be “leaders, not just ordinary men,” instead of simply smart girls who like their friends.

Despite the apparent gender stereotyping in the slogans, the administration still strongly believes in the benefits of a two-school model, what it stands for, and its ability to progress alongside the ever-modernizing cultural standards.

“I wouldn’t say that our model is not progressive. There’s a way in which girl’s schools are extremely revolutionary spaces … I think our WSC school looks different from other boys’ schools because it’s lived alongside a girls school for so long,” said Dr. Theresa Smith, Assistant Head of Schools.
VWS, WSC, and Gender Fluidity?
But despite the effort to introduce gender fluidity at Webb, “when people apply to Webb, they have to select a school,” said Rick Duque, Webb School of California Dean of Students. Through this process, Mr. Duque also learned that on the Webb application students are asked to self identify their gender from either male, female, or other.

But students may not believe Webb is at a point where it has the ability to properly support gender fluidity.

“At Webb, gender is more of a binary thing [which makes it] hard to accept people that aren’t part of either side. Having girls and guys chapel, girls and guys uniforms, girls and guys dorms, everything is separated,” said Hunter Lange (‘22).

“Sometimes you still see the perceived gender stereotypes play out – for example, the school songs. One is clearly more ‘masculine’ with the energy and the pomp and the other is more ‘feminine’ with the quiet and the lilt. But these are stereotypes and not necessarily reality,” said Michael Szanyi, Head of VWS Dorms.

Like Hunter expressed, the stigma at Webb surrounding gender is very present in our daily lives, from chapel, to community dinner, to uniforms, to mottos, to dorms, to traditions, and so much more. It is especially prevalent for underclassmen whose core classes are single-sex. But funnily enough, the divide even externally manifests itself on the campus, seen as the girls’ and boys’ dorms are on separate sides of the layout.

“I don’t know if we are moving forward to a less binary system … One of the things we need to focus on is doing away with and educating students on gender stereotypes and that they can be harmful. If we work to change our approaches it would be better for the community,” said Sarah Lantz, Vivian Webb School Dean of Students.
Students Speak Out About Honor
But even so, students feel confined and restricted because of the remaining stigma in cross-school interactions.

“Students feel that the faculty do not trust them to make rational decisions all the time in their co-ed spaces,” Emily Wang (‘22) said.

It is the awareness of tension between students and faculty that leads students to believe the distrust is the reason for a lack of co-ed spaces in the dorms and on campus in general.

“If you follow a code of honor, trust, responsibility, they should let us prove to them that we can uphold that honor,” Aliza said.

“If you’re going to have an honor based community you have to trust the students,” said Gil Dominguez-Letelier (‘20), head peer advisor.

Recently, as time has passed, the demand for equity and integration seems stronger. Members of the community are constantly thinking of ways to help Webb “get with the times,” be it in the dorms, our classes, our events, and even more so our daily interactions with each other. It seems though, the more Webb progresses, the more miscommunication and controversy arises between students and administration.

We need to be working towards the same goal — to unify our schools and our campus. We need to  create more co-ed spaces, start an all-gender dorm, have one uniform, maybe make Dies Mulieres and Men in the Arena one joint event, or compose a Webb song, not separate school songs. Luckily, student leaders are prepared to face these issues head-on, to create the inclusivity that they want to see.