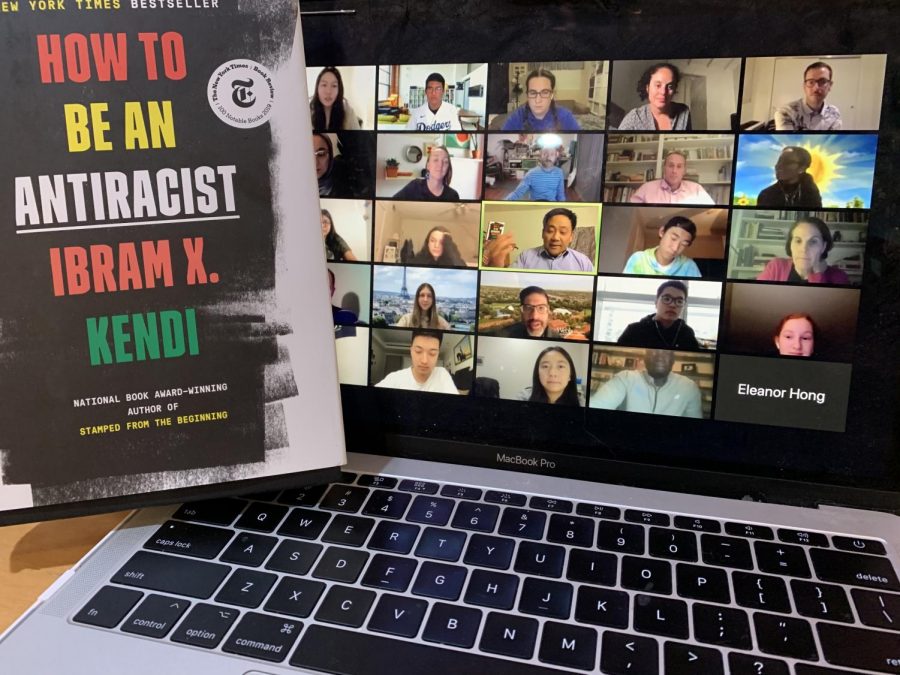 The issue of racial injustice has become one of the most debated issues, not just in politics, but within the Webb community as well. Since events such as the death of George Floyd and the presidential election have heightened the fight for equality, it is all more important to address the societal problem of racism. Continuing the conversation of Ibram x. Kendi’s book How to be an Antiracist, the Webb community gathered for a second discussion on Wednesday, October 27th, 2020.

The discussion focused on the fourth, fifth, and sixth chapters of Kendi’s book. Once everyone got into breakout rooms, the moderator began with a “council prompt.” This exercise called for everyone to share a phrase or word to describe their reaction to the recent readings and eased the conversation towards talking about the content of each chapter.

Once again, students were reminded that the discussion is not a debate, but rather a time for everyone to reflect and listen to other people’s thoughts. The goal was not to reach a closure, but to learn more on the topic of racism and lead to more conversations about it.

“I think the discussion was very interesting yet also informative. I learned a lot from others’ ideas and opinions and gained a new perspective,” Jenny Wang (‘24) commented. “I liked how our group went deep in discussing how to resolve the issue of racial injustice and also relating to our own personal experiences.”

In these chapters, Kendi directs readers’ attention to more pressing social dilemmas, often using his own personal stories as examples. He touches on the issues of the colorblind approach, racialized ethnic groups, and bodily racism.

After the council prompt, the moderator began the discussion by reading out the central question for each chapter. Students then talked about certain parts in the text that they related to or had questions about. One of the comments from the last discussion was that at times conversation got dry, likely from students who were scared to speak. This time, with breakout rooms, there are less people per group, so students were more inclined to participate.

Based on the feedback from the first meeting, changes to the structure of the meeting were also made.

“We will be conducting the discussion in the same manner as last time, but we will have more time and should be able to get you into groups quicker,” said Mr. Choi, the Diversity, Equity, & Inclusion Coordinator, announced prior to the discussion.

Other students enjoyed the ability to have more clarity in their thinking.

“I thought it was helpful to talk to other people about it because it forces you to articulate your ideas rather than just have them bounce around in your head, and you really can’t do much with your ideas if you haven’t found a way to express them,” Mirabel Raphael (‘24) said. “The community reads also motivate me to keep up with the book. Overall, I thought it was great and I will definitely go again next month!”

As the meeting concluded, students were reminded to continue to have meaningful and hard conversations such as this one. Although attendance decreased from around 100 participants during the first community read to 40 participants this time, we hope to see even more faculty and students alike next time to further the conversation and encourage open discussions about chapters seven through nine.