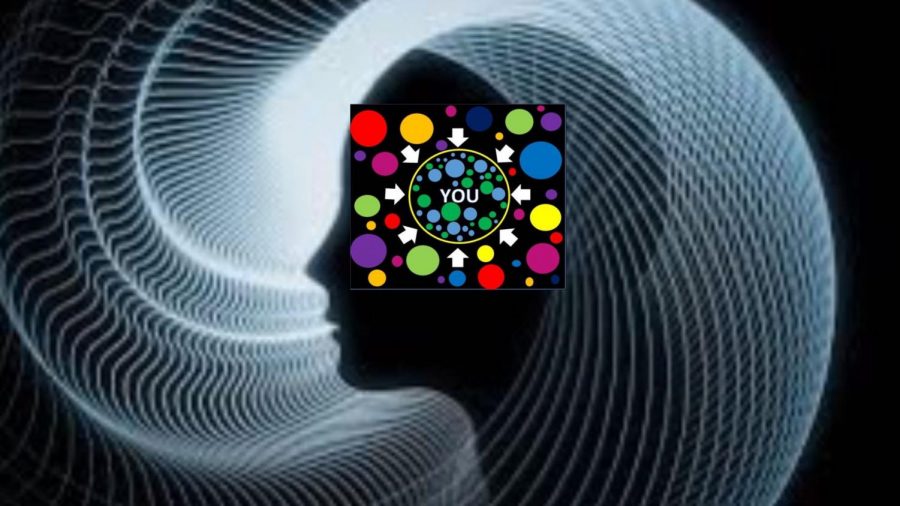 Each individual need to constantly inform themselves, challenge their beliefs, and jump out of their echo chambers in order to create a community of diversity, equity, and inclusion.

As a private boarding school, Webb creates a unique community made up of intellectuals who engage in thoughtful conversations. As we relish free speech and celebrate diversity inside our precious community, it is easy to forget that the open-mindedness and diversity that we so often celebrate also have their limits, and it is too early to feel complacent. Living in a very special time of extreme political polarization, we need to break out of our preconstructed echo-chambers and silos to fully engage in our community and the world around us.

As I talked with friends from other boarding schools across the nation, including international students in Massachusetts and Indiana, I realized that the freedom of expression that I took for granted at Webb looks very different in other places, a shocking revelation. With a mostly Republican student body and democratic faculty members, the boarding school in a heavily conservative state failed to facilitate peaceful political conversations, and slowly students started avoiding discussing politics.

I came to rethink our experiences at Webb. As a Webb student, I enjoy participating in class discussions and sharing my views (which are sometimes political); I take pride in the open conversations that we can have at Webb and use every opportunity to learn from different voices and perspectives. As a journalist, I use my writing to voice my beliefs, mostly through the Opinion section that fosters another space for free speech. As free speech became a norm here at Webb, I grew complacent and did not think about the spaces for improvement and changes.

Slowly, I started taking everything for granted and believed that the political views that my peers and I share are the only truth. I was trapped in my own echo-chamber, where voices in the community only amplified and reassured my previous beliefs and even assumptions, turning my opinions into stubborn convictions.

For these reasons, my recent conversations with friends from other locations have stayed with me and reminded me of the problems in my own biases against conservative views and policies.

At Webb, it is very common for us to believe in similar things and support the same causes, including the fight against climate change and all kinds of inequality. The only problem with our similar passions is that the more strongly we agree with one another and find faith in our beliefs, the more intolerant we grow of voices of dissent and disagreement — including those voices inside our community that are often silenced because of peer pressure and fear of judgement.

In order to break out of our echo-chambers of biases and hate, we need to remember that the people who disagree and think differently are not villains but human beings as well. As Dylan Marron said in the recent Sunday Chapel, true empathy and progress manifest in open-mindedness and tolerance, not hateful comments and mean Tweets.

“What I hate most of all is the constant social media civil war that both the left and right have created,” said Mia Baldwin (‘22). “Beyond the majority of media’s statistics being hyperbolic and biased, we all contribute to this issue. Trump has tainted the Republican party, as he continues to lie on platforms like Twitter and does not hesitate to throw out hate speech during a large, unsafe rally of his. However, the Democratic party hates Trump so much, that they don’t really listen to Republican views… At the end of the day, we are all guilty of hate.”

Again, the importance of open conversations proceeds. As we celebrate diversity, we must also respect different ideas and opinions of members in the community. On the first day of our humanities classes at Webb, we learned to disagree respectfully. This ability can help create and foster a more open and tolerant space where everyone, no matter where they find themselves on the political spectrum, can feel safe and comfortable sharing their views and insights.

“I talk about politics with my mother and father, who disagree with me a lot, but in the end, I appreciate hearing from someone else’s viewpoint, which broadens my understanding of the issue,” said Gaby Trauttmansdorff (22). “Webb is a great place to have productive discussions with people because most students can disagree respectfully and even gain something from listening to someone else’s opinion.”

As an individual, I do not want to be complacent and feel angry and helpless. As a Webb student, I do not want us to be trapped in our own bubbles and forget about the ongoing debates and discussions in the larger society. I neither want Webb to turn into a place where political discussion is a taboo nor a community that silences political minority voices under the guise of liberalism.

I want to listen, learn, and respect all voices. I want to engage in conversations and learn from the different side and challenge my preconceptions and political biases through these discussions. I want to inform myself, and at the same time be respected as a person instead of for holding conforming political beliefs. Finally, I want to work towards a community where every member can do the same thing without the fear of judgement and biases.

“The best thing that I can advise to anybody is to question your beliefs on a constant basis and check yourself,” said Mia. “Don’t just follow your parents’ or your best friend’s opinions. I know I certainly disagree with my family and friends on a lot of political themes, I even I take the more conservative side on certain areas... Instead of dismissing other stories in hopes of making your own more relevant, we all need to just sit down and really listen. Minds can be changed, however don’t enter each conversation with hopes of accomplishing that. Let’s try to love each other into being peaceful, instead of hating each other into winning.”

Let us continue to work on upholding the things that we value — diversity, equity, inclusion, and equality on campus. In order to ensure that free speech and the freedom from being afraid to talk apply to everyone at Webb, especially after the election, we need to first step out of our comfort zones and start challenging our own beliefs. Feeling comfortable and complacent is never enough, and we have to begin by feeling challenged — by others, by the conversations, and by ourselves as we progress and reflect.