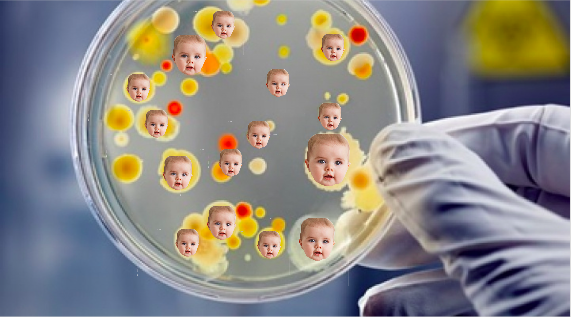 After He Jiankui claimed he genetically modified an embryo, a debate was raised over “designer babies” and whether or not it is ethical to edit human embryos for specific characteristics. Graphic courtesy of Amelie Cook ('20)

Designer babies: Do or don’t? 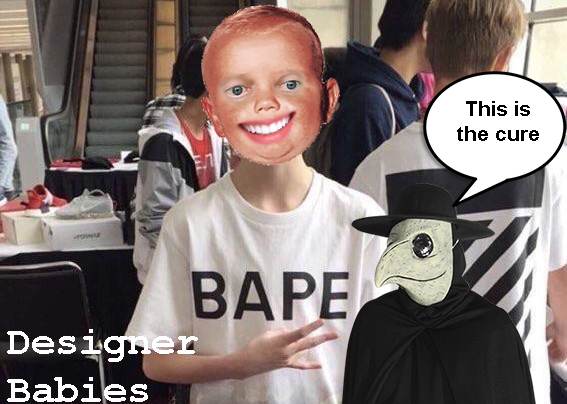 The unlikeliness of an infant-fueled societal collapse

I am sure many of us remember (or will hear of) the hellish world described in Aldous Huxley’s Brave New World. There are concerns that our own world is slowly reaching that dystopian future where social class is decided pre-birth, all thanks to genetically modified children. While this fictitious community is well thought out, it is an exaggeration to say that these edited infants will bring much trouble unto us.

The idea of “designer babies” has recently come up with a medical advancement, where a Chinese doctor was supposedly able to make a fetus resistant to HIV. This brings up more questions than answers. The knowledge as to where this development will lead is up in the air. Questions like “should it be accessible to everyone?” “Should it only be allowed for certain situations?” “Should it be regulated?”

Some students seem to be in favor of the operation, but some support it more hesitantly. Drew Hersch (‘19) said, “it should be strictly a medical advancement and medical procedure,” and agreed with the idea that it should not be used to alter the child aesthetically.

Sabrina Chavez (‘20) said, “I feel like [without regulation] it could promote a bunch of stuff that’s not the best, like changing the kid cosmetically.” While agreeing with the idea that a cosmetic operation was a bad idea, she seemed to be more concerned with the idea of a disadvantage for those who could not pay for such a procedure.

Other students brought up the inevitable failure in experimentation and the possible danger. The risk factor is obviously something to consider, especially with how new the subject is. While it is a concern, one should also think of the possibilities once it is perfected.

Another common argument is that birth is a natural process. While conception is no doubt natural (just like breathing, blinking, eating, etc.) it would be silly to assume that there is nothing to be improved upon. That is akin to saying vaccination is immoral because it is not natural, or genetically modified produce is unhealthy because it is not natural. Just about everything humans have produced in the past 100 years to improve living conditions has been “unnatural.”

One of the upsides of genetic modification is not only prenatal vaccination but potentially the ability to change certain aspects of the child. If the child were to possibly be vulnerable to certain heart diseases, have deadly allergies, or certain conditions, these could all be avoided before the child is born. In addition, the hair color, eye color, nose type, and possibly height could be determined and rearranged before birth. If given the option to change an embryo aesthetically, why should we not be able to?

Such an ethical dilemma has been brought up in media, such as the 1997 movie Gattaca. The concern is understandable, as it has the potential to create social castes based on whether or not one was edited as an embryo, but I believe this possibility is stretched. There are certain things that will remain out of our dictation, such as athleticism or intellectual potential, but a healthier child will make both easier to pursue. If embryonic editing becomes a possibility, think of what could be avoided or what could be changed, but isn’t possible simply because it goes against the morals of a few people. Even alternatively, think of a child who grows up around so many other people who had been edited, but his parents refused to have them edited for a similar reason.

It is indisputable that this topic is controversial, and it is a little bit like abortion. Instead of removing a fetus, the fetus is being modified, although the fetus has no say in either case. To say one should not have access to genetic alterations because some find the idea uncomfortable is akin to saying one should not have the option of abortion for similar reasons. Ultimately who decides what is the best decision is the one making the decision. As Bill Nye the Science Guy said, “I really encourage you to not tell women what to do.”

Modern medicine is advancing at a very quick pace and we need to be ready for that. The potential to stop certain diseases before they become an issue is approaching quickly, and we may soon have the ability to perfect humanity. If our long-term goal is to better ourselves and make ourselves healthier, then perhaps customizable fetuses are the answer.