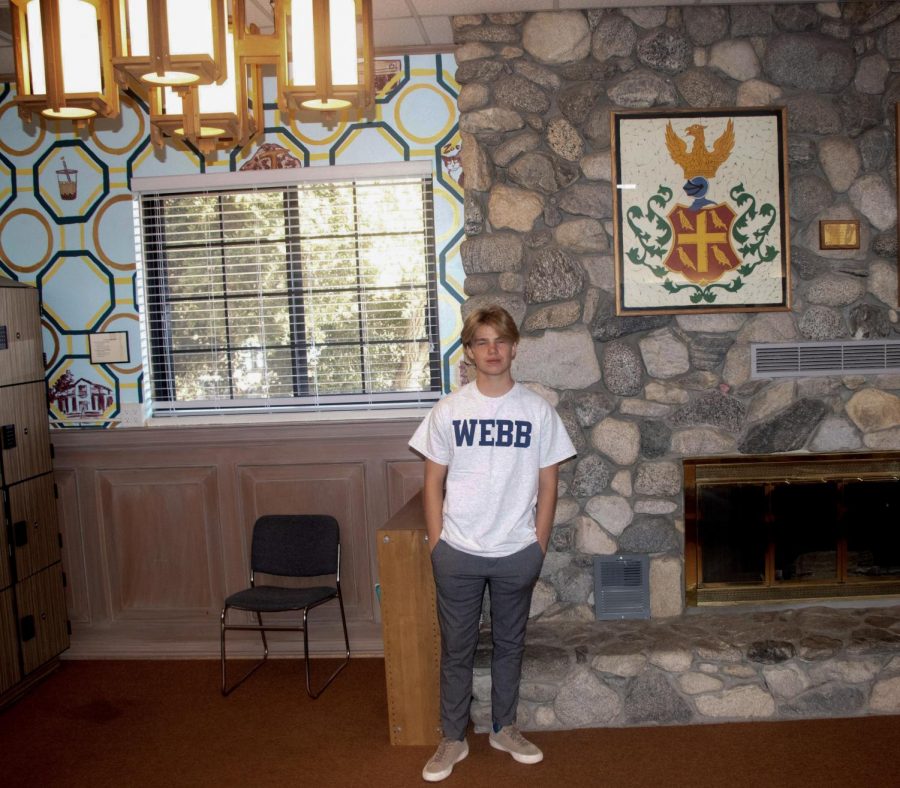 Connor has lots of different passions. His favorite part of Webb so far has been the community aspect, because he has already made many new friends. In his free time, he likes to hang out with friends, watching Netflix and listening to anything but country music. His favorite video game is “Red Dead Redemption 2.” Connor enjoys podcasts such as The Daily and likes to play around with photoshop. In addition he is an avid debater but he likes to keep that fact a secret. He said, “A thing that not a lot of people know about me is that I am a third speaker in debate.” Connor also plays soccer and is excited to share his skills as a right full-back on the WSC soccer team. He joined many clubs this year, but he is most excited for the student-led cooking club where he hopes to make vegan food for his new friends.