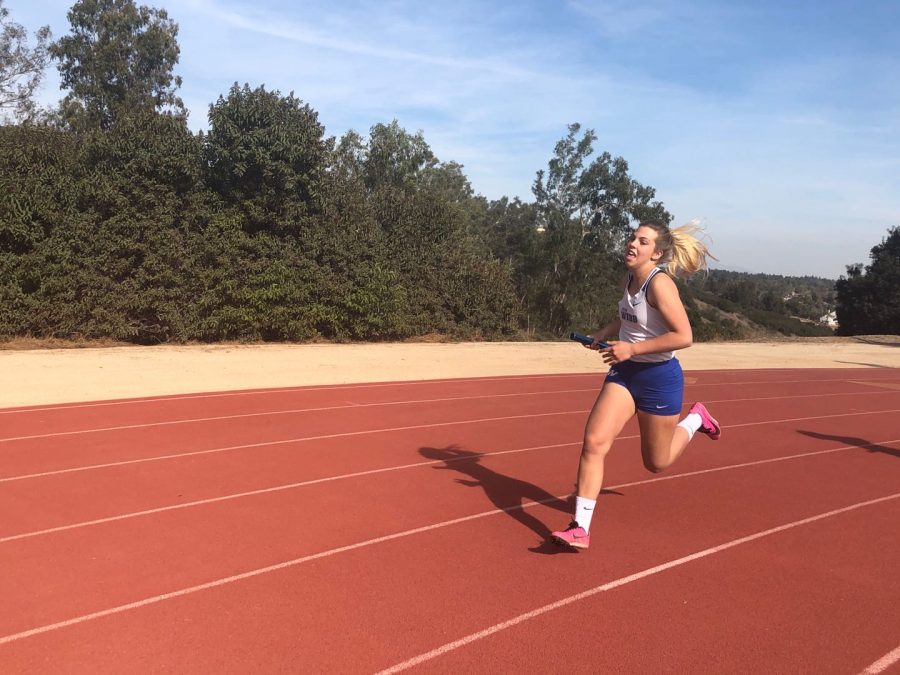 Although it is only her first year at Webb, Dora Csonge (‘21) has already charmed the court and track with her athleticism. Dora can be seen blocking shots in a volleyball uniform and dominating the track with her teammates by sprinting, throwing, and jumping. Although she enjoys being active in any way possible, her favorite sport is basketball in the winter season. She describes herself as a “sporty person” because she has been playing basketball since she was very young. Dora liked the experience of playing against boys in middle school and beating them, demonstrating her belief that athletic abilities and passion exceed gender boundaries.

“I don’t think people can compare guys and girls in terms of sports because our builds are different,” said Dora. “When people tell me that I am of boys’ level, though, it is empowering. I have played football before, and I was better than many of the boys, and it felt pretty good. Next year I will be joining the football team.”