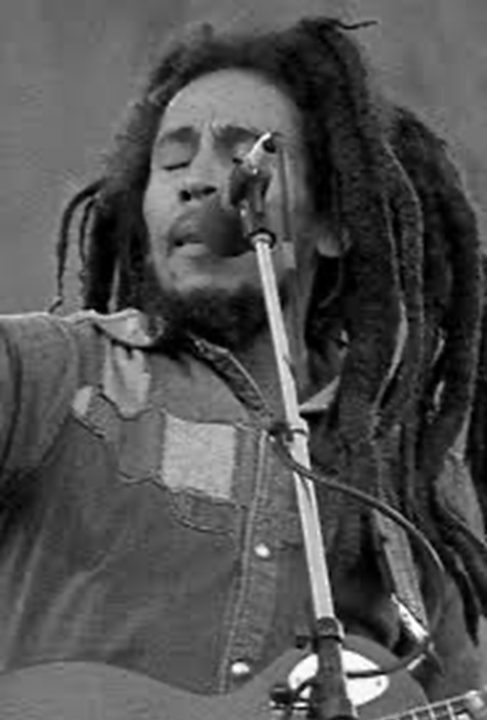 Robert Nesta Marley, or Bob Marley, was born in St. Ann, Jamaica, in 1945. In his early teens, he was exposed to ska: an American rhythm and blues genre, with a Jamaican beat. Marley took the opportunity to release his version of ska with early hits, including “Judge Not” (1961) and “One Cup of Coffee”  (1963). Years later, Marley and two other friends formed The Wailers, with Joe Higgs as their vocal coach. One of the band’s first hits was “Simmer Down,” a song later used as an anthem of a turning point in Jamaican singer-songwriter stardom. The music changed the identity of the poor, from reservation to confidence. Marley’s notable albums include Natty Dread (1974), Live! (1975), Rastaman Vibration (1976), Exodus (1977), Kaya (1978), Uprising (1980), and Confrontation (1983). Bob Marley forever changed Jamaica as a country and music genre with his version of ska and reggae.